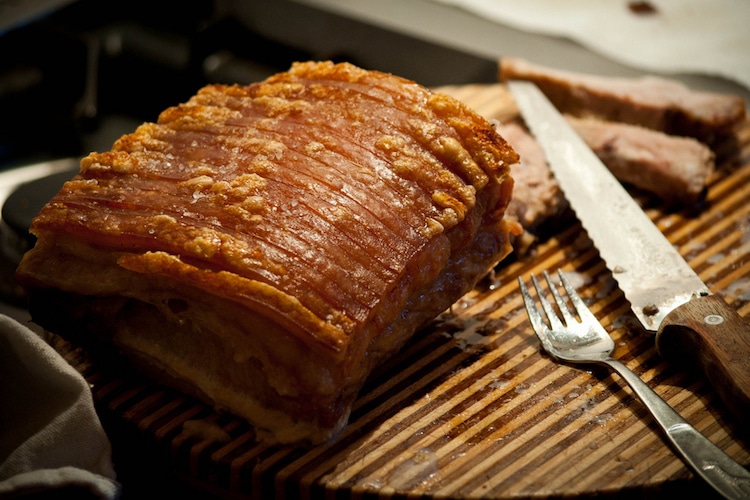 For many people, one of the best parts of Christmas is the delicious, traditional homecooked meals that signify the season. Sitting down with your loved ones and feasting together is a classic way to celebrate the holidays around the world. While some cultures center their big meal on Christmas Day, for others it’s Christmas Eve. But no matter what the date, the sentiment is the same.

These dishes are steeped in tradition and the love and warmth of the holidays, no matter what the ingredients. Recently, Buzzfeed asked its users to share what’s on the menu at their holiday table, making for a mouthwatering holiday voyage around the globe. Meat is a big trend in many countries, including Denmark where flæskesteg (a pork roast with crackled skin) is served as the main component of the Christmas Eve meal. According to mettekirkk, it’s served with “potatoes, warm red cabbage, gravy, small caramelized potatoes, and chips.”

By contrast, it’s interesting to see how countries with warmer climates, like New Zealand, differ from the hearty Nordic tables of Finland and Sweden. Let’s take a look at some of the plates that make the holidays special in homes around the world.

Check out some of the most interesting Christmas dinner traditions around the world, from a Swedish smörgåsbord to a New Zealand barbecue. In Switzerland, families gather around the table to enjoy a Fondue Chinoise, where thin slices of meat are dipped with skewers into boiling broth. This particular meal is popular both for Christmas and New Year’s Eve dinner. Gourmetten is the typical holiday meal of the Netherlands, with most families having a “gourmet set” for the occasion. In this tradition, small meats and vegetables are cooked on a tabletop hotplate by the whole family. While Christmas meals can differ from region to region, the traditional stew pozole is a common feature on the table. Made with hominy and meat—usually pork—it’s accompanied by a wide variety of condiments like shredded cabbage, chile peppers, avocado, and lime. There are several different varieties of pozole—white, green, or red. Tamales are a large part of the traditional Guatemalan Christmas. They can be red (colorado) or black (negro), and are eaten from Christmas Eve through New Year’s Eve. A Swedish holiday feast means julbord, a smörgåsbord consisting of hot and cold dishes like ham, spare ribs, a variety of fish, potatoes, meatballs, and boiled cabbage. In the south, it’s typical to also have eel on the menu. A Slovakian Christmas starts with a big meal on December 24 and continues through Christmas Day. One typical dish is sauerkraut soup with mushrooms eaten on Christmas Eve, with pork being added in on December 25 as meat is placed on the menu. According to mommagen, the Christmas meal in Botswana is similar to that served at any important occasion, such as a wedding and consists of rice, salad, and fried chicken.

Millions of people in Japan celebrate Christmas with KFC (Kentucky Fried Chicken). The fried chicken chain restaurant has almost become synonymous with the holiday. Since the fast food restaurant first opened in Japan in the 1970s, it has marketed itself around Christmas, creating a unique tradition of eating a bucket of fried chicken with loved ones.

The post 15+ Culturally Unique Christmas Dinners From Like Around the World appeared first on My Modern Met.