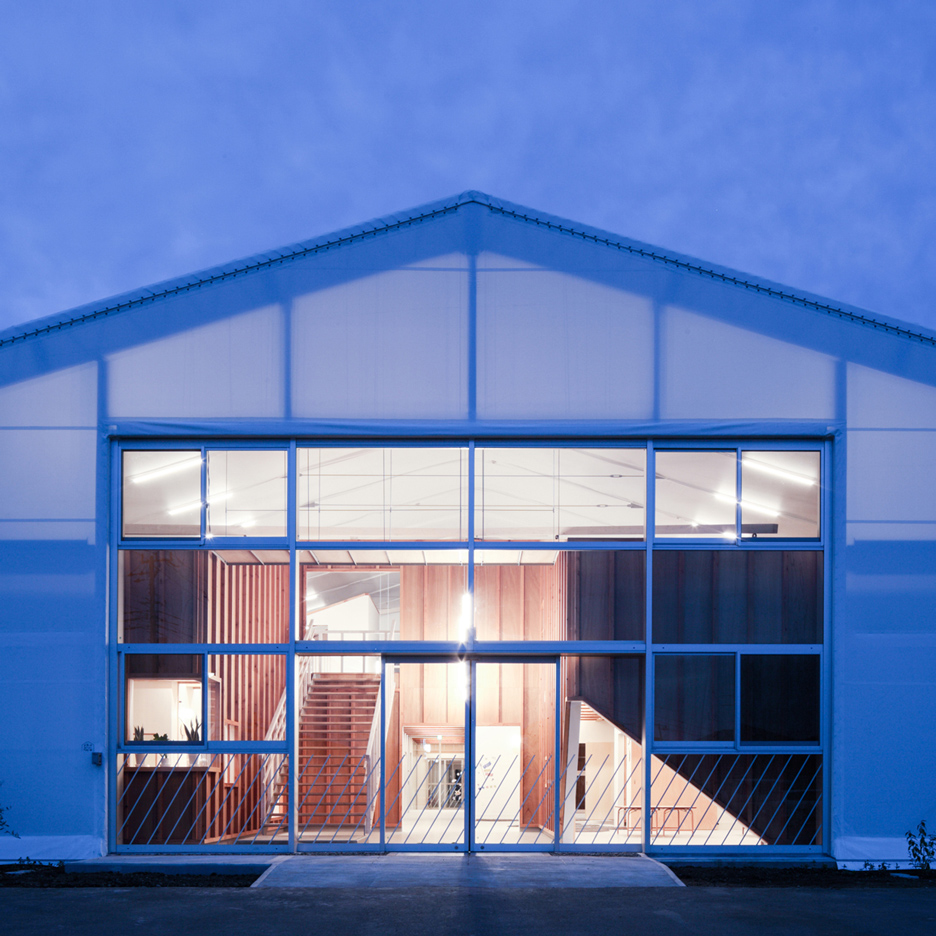 Architect Yasutaka Yoshimura has transformed a disused warehouse in Japan into a kindergarten by enveloping the existing structure in a tent-like translucent membrane (+ slideshow). END_OF_DOCUMENT_TOKEN_TO_BE_REPLACED

Umeda Hospital is as well-known obstetrician-gynecologist practice about ‘Declaration of breast’ that aims for child-birth and child-rearing, in a kind and friendly manifest to people and the natural environment.  The hospital led by Dr. Kaoru Umeda, is certified by UNICEF as one of ‘’The Hospitals Friendly to Babies‘’.

Dr. Umeda attaches importance to breastfeeding and cuddling. To best reflect his human philosophy in the architecture, we used wood in many places to express warmth and comfort. The signage by Kenya Hara is printed on pieces of cloth and covers boards and posts in the hospital, and can be taken off for washing just like clothes, which works well to soften the atmosphere of the hospital. 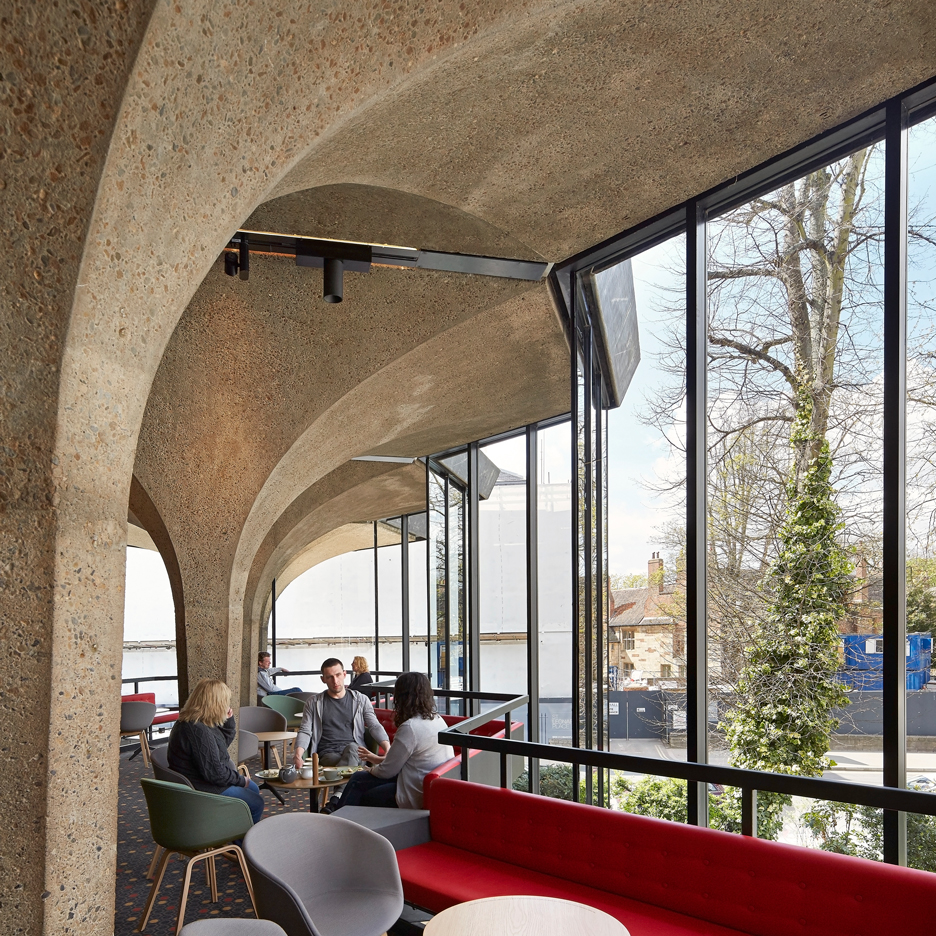 London studio De Matos Ryan has refurbished a historic theatre in York, England, to create more space in both the 18th-century building and its 1960s extension by Modernist architect Patrick Gwynne (+ slideshow). END_OF_DOCUMENT_TOKEN_TO_BE_REPLACED An unconventional hybrid comprised of an art center, retail outlets, restaurants and private residences forms a new “Arts Oasis” in Riyadh, Saudi Arabia. Designed by Nabil Gholam Architects, the project was shortlisted as a finalist in Commercial Mixed-Use – Future Projects category at the World Building of the Year Awards.

The design promotes arts and culture within a predominantly residential district, whilst also interacting respectfully with the neighborhood scale of its context. Expressed as a contemporary take on the vernacular architecture found within Riyadh, the project offers a unique blend of programs whilst remaining visually respectful to its Saudi Arabian roots.

Nabil Gholam Architects described their design as a “peculiar experiment,” due to the prescribed functions of the complex intermix in a unique arrangement. Traditionally separated, the different public and private components engage with each other to form a cohesive whole, but individually retain their own function. The internal “oasis” helps bind these elements, which the architects say are “interlinked either visually or physically through the green heart of the project..”

Two critical parameters weighed in to shape up the project: primarily, the way the project with an ambition to become a pioneer in promoting the arts (while remaining a profitable endeavor in its other components) positions itself within the city as well as at the neighborhood scale and effectively interacts with both. And on the micro level, striking the balance between maintaining the residents’ privacy within the project itself and insuring the success of the public functions.

Bordered by a busy commercial road on its main facade, the scheme cements its prominence by presenting itself as a large, articulated mass. This facade is expressed as a solid wall with perforations and occasional punctures through which the vegetation is visible, hinting at the large internal courtyard that lay within. The partially transparent ground floor becomes increasingly opaque as it approaches the residential zones. The masses, textures, and patterns reference the vernacular architecture found in the historical Al Diriyah district in Riyadh.

The Art Center occupies the southern edge of the site and is the only ground floor tenancy not occupied by retail or restaurants. The center offers expansive gallery spaces, a café, a shop, auditoriums, workshop spaces, a multimedia library, a training center, and administrative spaces which are elevated on the mezzanine level.

The public functions of the building, as well as some of the residential, is organized a triple height lobby space which opens up onto the large, green courtyard. This internal “oasis” forms the green lung of the building. Terraced gardens step upwards on the first and second floors overlooking the void, protecting the occupants of the adjacent apartments from the activity below.

The courtyard is able to be used year-round, thanks to a retractable shading system. When completely retracted the space is still semi-enclosed by a fixed, perforated roof, sending intriguing light patterns across the plants. The courtyard assists the building in achieving its sustainability strategy, as the heavily planted trees and cross ventilation across water features assists with temperature regulation. Cross-ventilated apartment units, planted roofs, low-e glazing, double skin, and textured cladding all bring the building closer to becoming more environmentally aware.