I had recently graduated college and was excited to move back home to begin my next chapter. I was finally free, free from school. No more homework, no more stress, time to enter the real world and have some time to enjoy myself.

Early June, my friends went to the beach. All but one returned home. My friend was missing. 24 hours later, they found him at the bottom of a canal, dead.

That phone call I got and those words I heard will forever echo in my mind.

Those words couldn’t settle in my brain. My stomach was uneasy; my anxiety was high. I just didn’t understand. How can someone just be gone like that? How can someone so young just vanish? I felt like he was just on a long vacation, that one day he would return. But the reality of it is, he wasn’t, he was gone.

How does one cope with this loss?
The day I got the news, a group of us went to his apartment. I could feel the emptiness of the place. All his belongings were right where he left it, but he was not.

We all sat around on the living room floor staring at a single rose in a vase, a lit candle and a picture of the friend we had lost. Everyone was teary eyed, some balling, but me, I was just numb.

I didn’t know what I was supposed to feel. But the truth is, I was feeling grief for the first time ever. The worst feeling possible.

There would be random times of the day where I could imagine him coming back home. Other times I felt like bursting out in tears. I felt this pain at the pit of my stomach, the world just didn’t seem right.

Realizing You’re Not Alone:
Later that week we held a vigil at the restaurant where he had worked at for almost 8 years. Feeling anxious and sad, the vigil went on. But something happened. Something almost satisfying.

The turnout for the vigil was insane. Over one hundred people came to pay their respects. The news even came out to document the experience. Multiple people came up and shared their fondest memories with him. Everyone said something similar. They discussed a time where he did something for them without them asking. They explained how he was so kind, selfless, and always put others first before himself. He was the glue that kept us together, but in his absence the bond was broken.

However, by listening to these experiences, it really made me realize just how much of an impact one person can have. That one single human being touched the hearts of over a hundred people in such a personal way. Now that is true love.

Time to Face Reality:
The following week I had to travel down to North Carolina for my cousin’s graduation. We spent all day driving and went straight to the ceremony. This was a great opportunity to see family I haven’t seen in years.

But still, something deep down was hurting. I just didn’t know what to feel.

Later that night, in the hotel room, I was laying down trying to get sleepy and it hit me. All at once, it just hit me hard. I found myself balling. I finally felt the feeling of loss. I finally felt something, and I hated it.

These questions of Why him? Why is life so cruel? Why do the good die young? were constantly going through my brain. But the truth is, there will never be an answer.

The empty feeling:
Cleaning out his apartment felt empty. His boyfriend and I sat in their room, boxes all over the house, his belongings spread all over. It just didn’t seem right. There I was at my dead best friend’s house, going through his stuff, reliving his memories.

But the memories didn’t make me sad, they made me feel relieved. For these memories were happy times, times where he was living his best life. Adventures he went on; concerts he went to. We even found a letter he wrote to his boyfriend wishing him happy birthday, explaining how he loves him and wants to make their relationship work. Yes, the situation was horrible, but living these memories helped me get some closure.

The Outcome:
Once a person loses someone close to them, the hole that was once full will never fully be filled again. That person you wish you could call up to catch up is gone and that person will never come back. However, the memories will forever be there. I cannot think of one bad memory of my friend. I can think of times where we bickered, but it was all out of love. I am now left with these beautiful memories of a time we once both lived together.

Death really gave me a new perspective on life. Death really brought the people he left behind closer. Death showed us a new type of love. Death gave me more of a reason to want to live.

At the end of the day death isn’t so bad. Death reminds us that we are human. Death proves that these moments are not going to last forever and that part of living is dealing with grief and loss. Death is a reminder to live your life with yourself in mind, do what you want to do and accept no less. It’s to time accept what happened and continue on, because this is your only chance.

Rebecca Toro is a writer and digital artist. She is a recent college graduate who is excited to share her experiences and advice with others. Want to chat? Follow Rebecca on Instagram, Twitter or check out her portfolio. 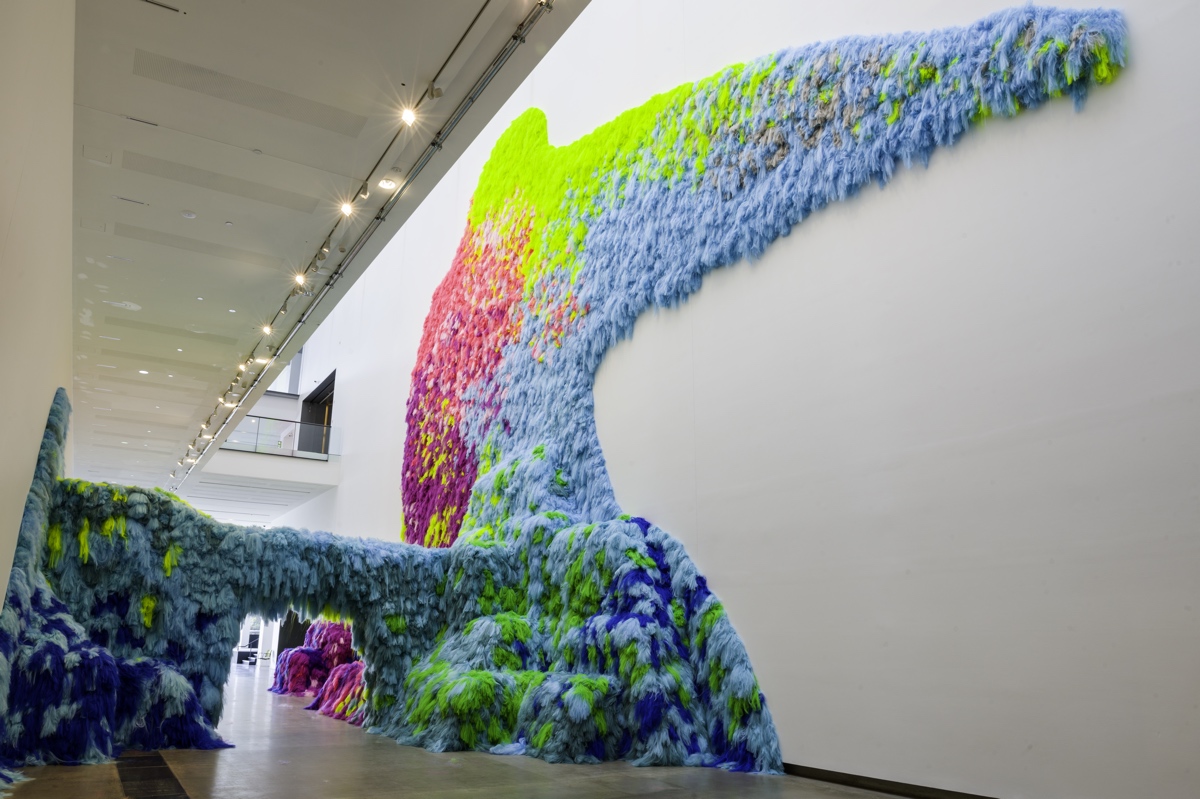 Icelandic artist Hrafnhildur Arnardóttir, also known as Shoplifter, uses something unusual to create her colorful art installations—hair. Using both synthetic and real hair, she creates giant fantasy landscapes and sculptures that are at once whimsical and mesmerizing. Braided, molded, brushed, and even melted, hair is layered together to create dynamic artwork that radiates energy.

Her fascination with hair began as a child when she saw her grandmother store one of her cut-off braids in a drawer. Later, it became a way for her to explore a medium that is beautiful and comforting, yet can also spark disgust. “I find it fascinating that we have this forever changing ‘vegetation’ all over our bodies, which we have to groom and tame,” Shoplifter shared with Infringe. “Hair is a remnant of the wildness that we possess, and one of the few things that survives our existence. It’s like a shield, or alternatively it can be a way of showing yourself to the world.”

Shoplifter, who has collaborated with Björk in the past, brings whimsy and humor to her work. Her large-scale Nervescape installations see vibrant tufts of hair used to create an environment that she hopes embraces visitors. Seeing the work as a world of imaginary nerve endings, for Shoplifter the pieces are both a reflection of our internal landscape and also a fantasy meant to provide a means of escape. This playfulness is a call to remember our youth and to push positive energy into the world.

Big opportunities continue to come Shoplifter’s way. In 2019, she will represent Iceland in the Venice Biennale. The world will be waiting anxiously to see what she creates given this huge international platform.

Hrafnhildur Arnardóttir, also known as Shoplifter, is an Icelandic installation artist who uses real and synthetic hair as her primary medium. 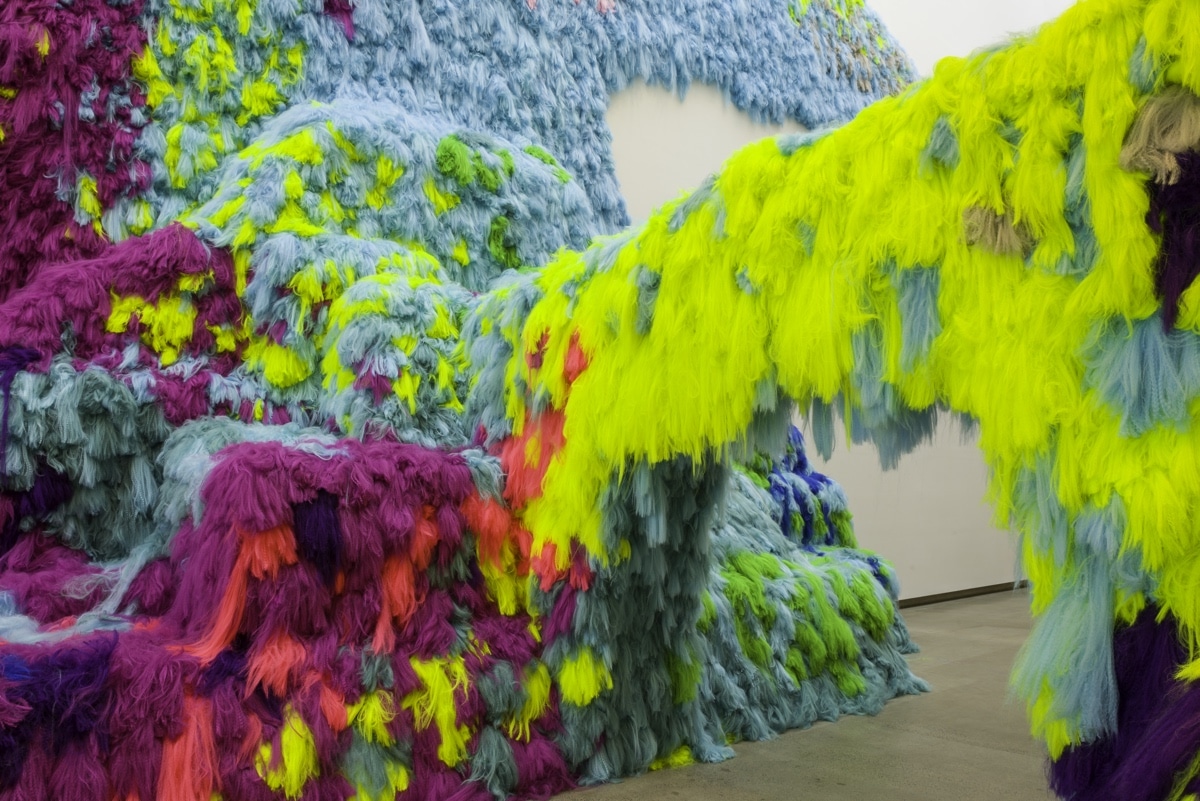 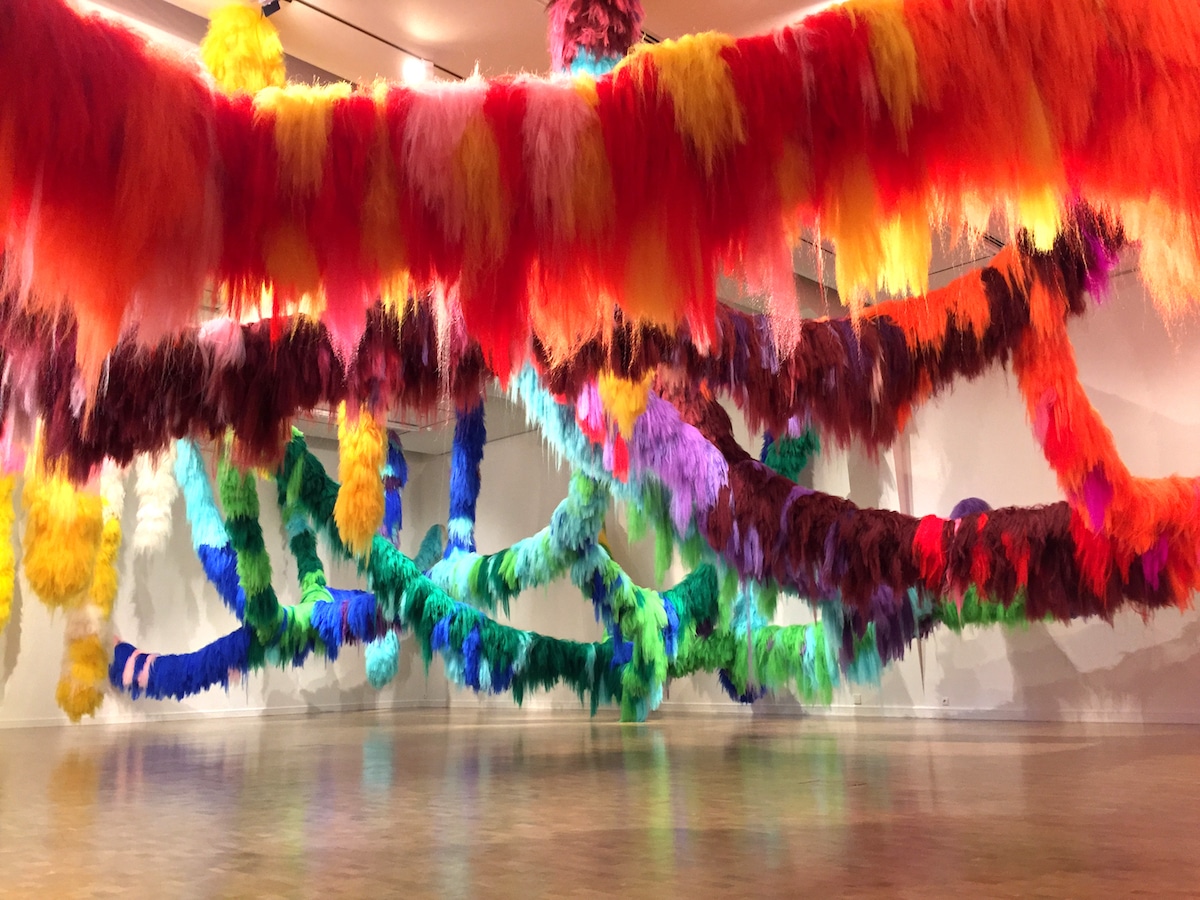 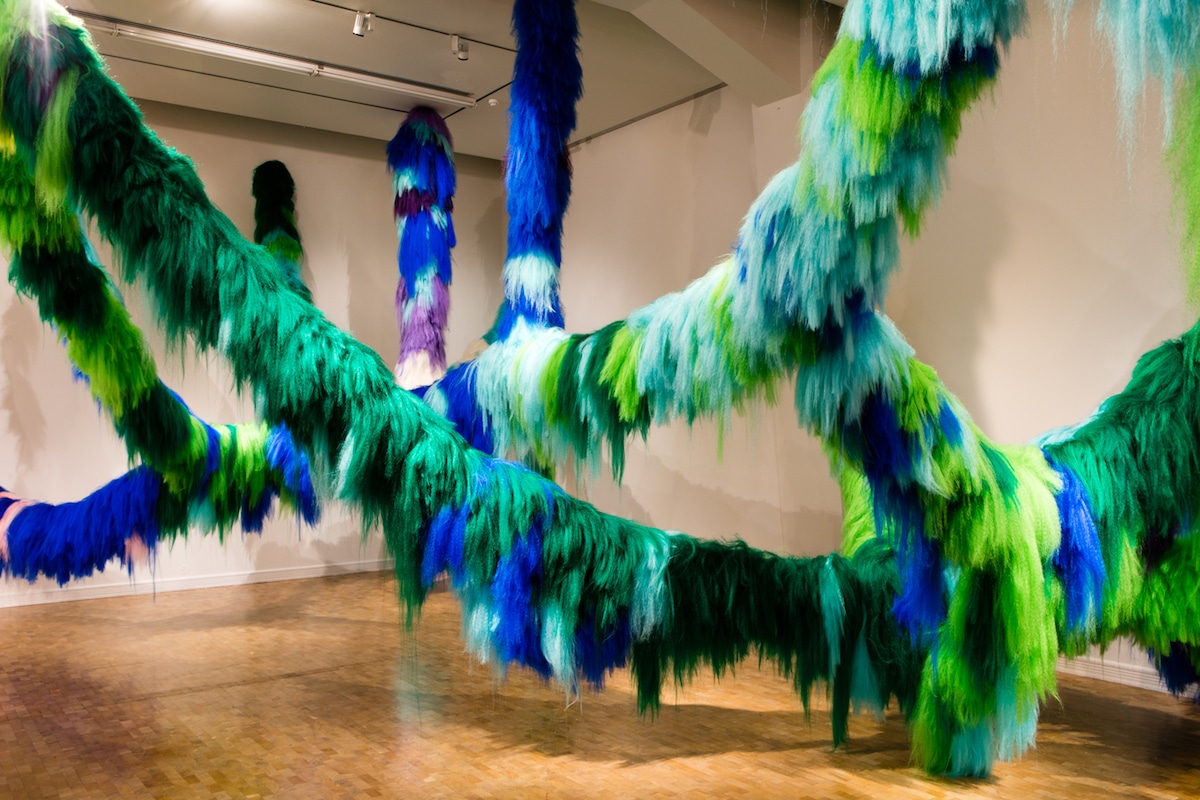 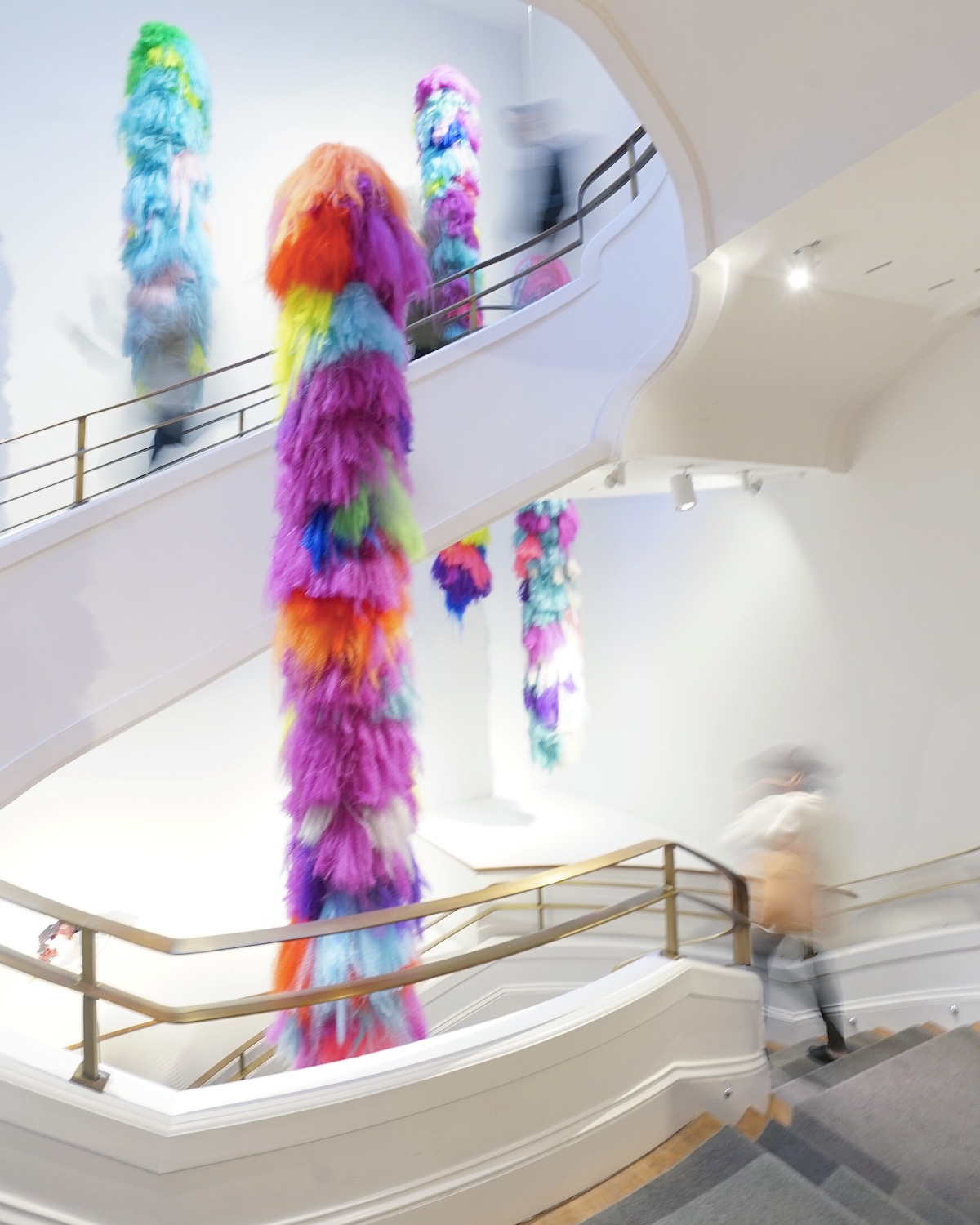 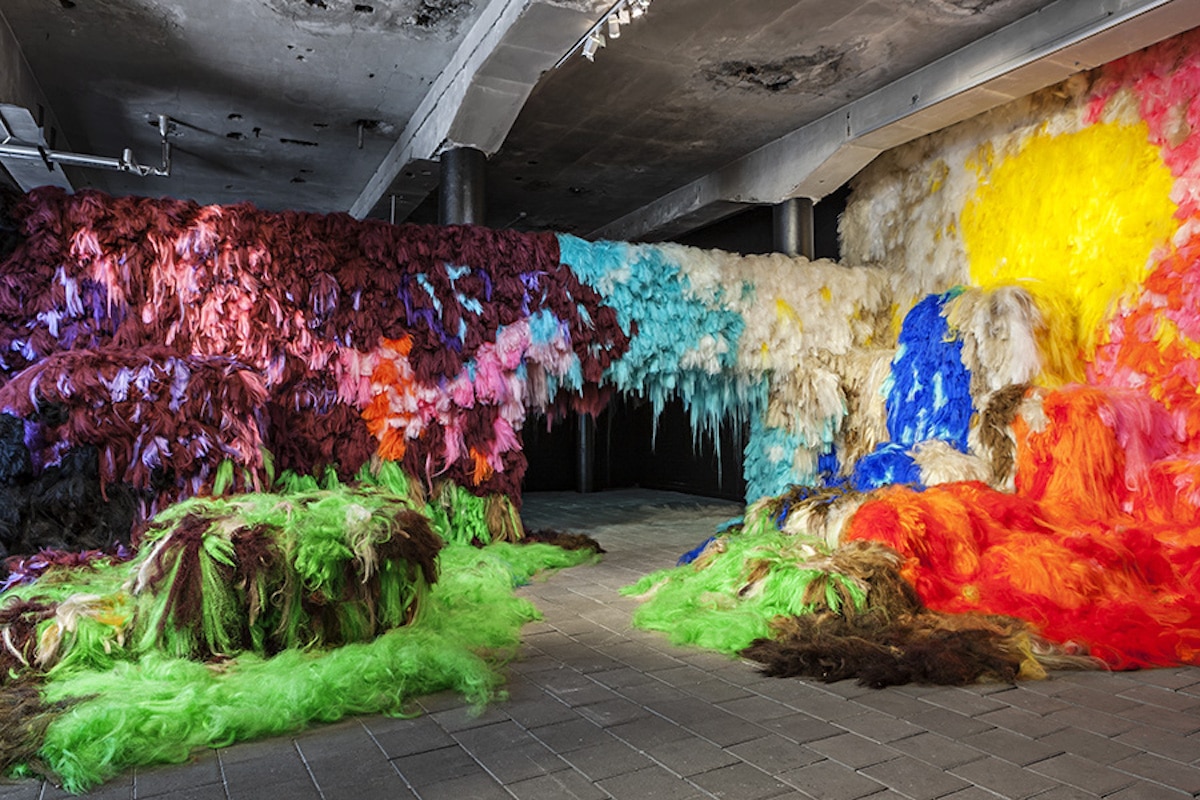 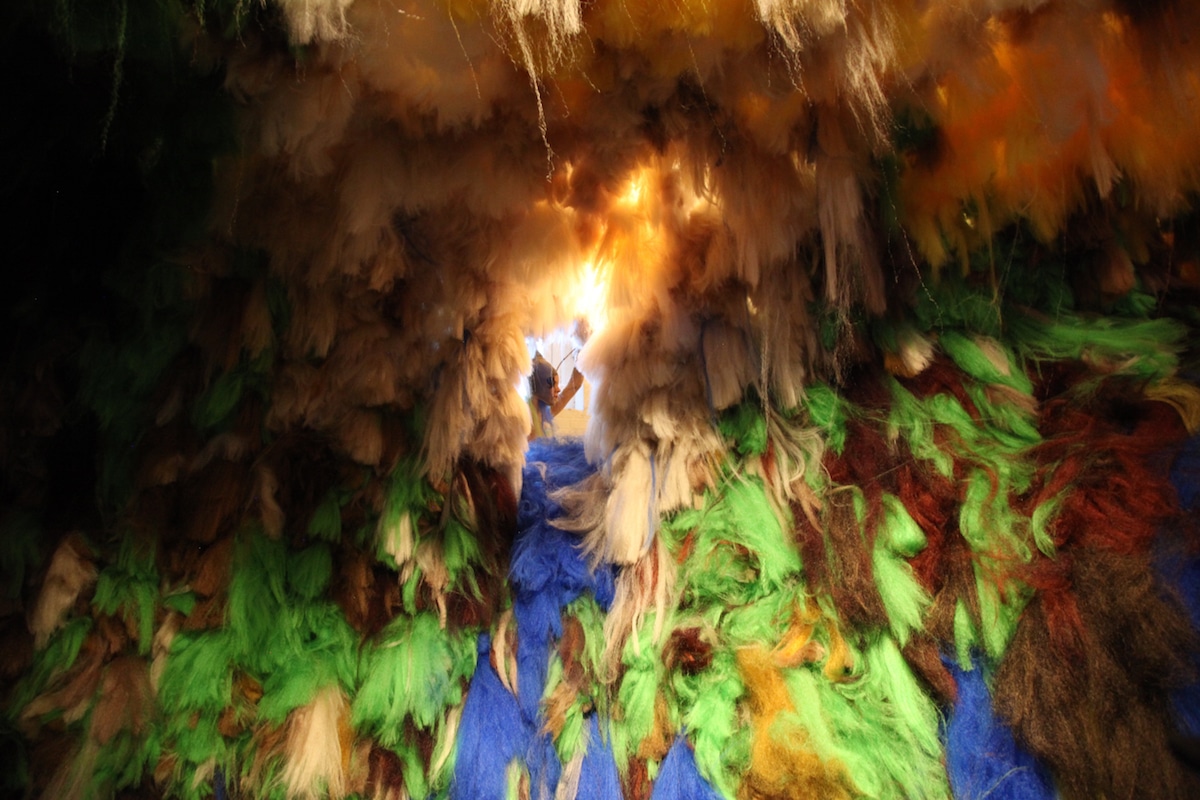 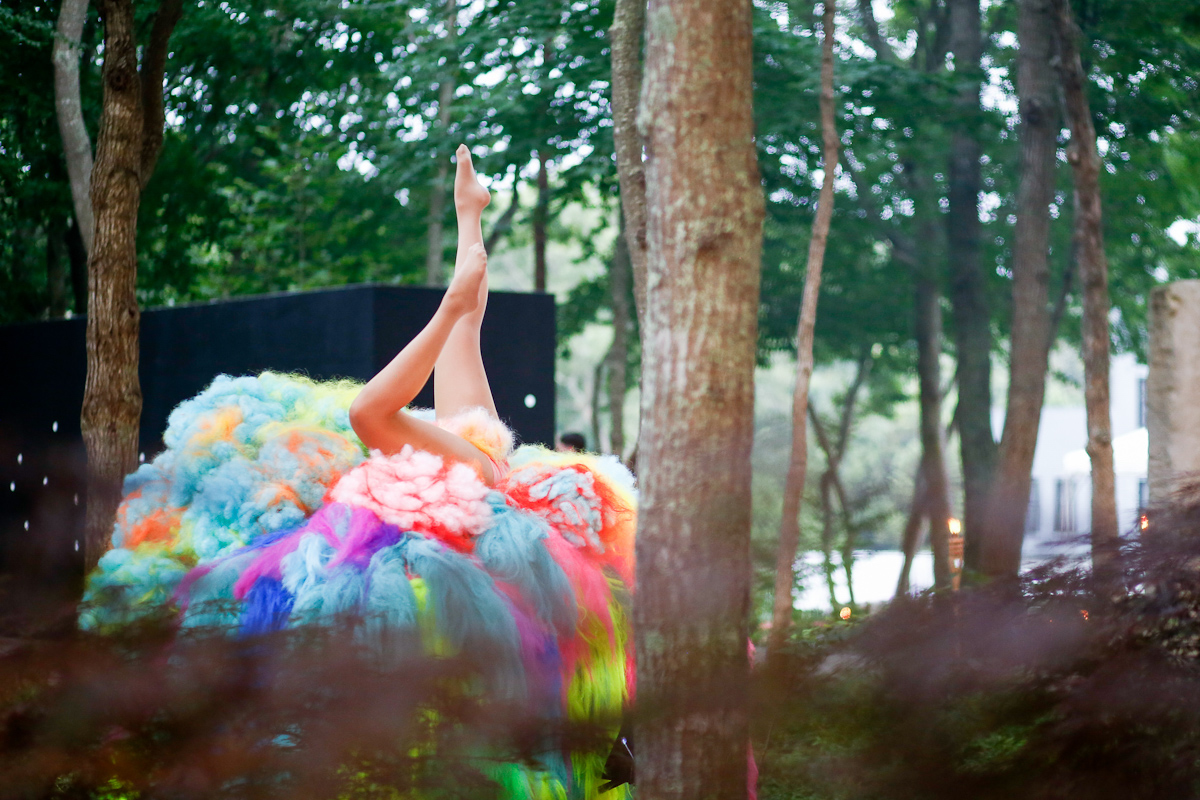 Learn more about Shoplifter’s creative philosophy in this 2016 video.

My Modern Met granted permission to use photos by Hrafnhildur Arnardóttir/Shoplifter.