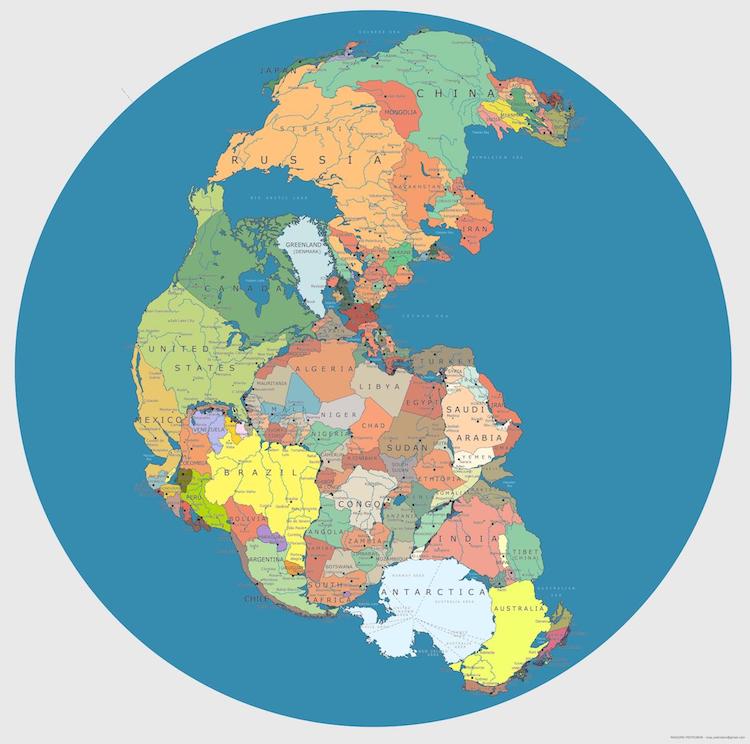 When we think about the world as we know it, and how humans developed from pre-historic times, inevitably the word Pangea enters the discussion. This supercontinent, formed approximately 335 million years ago, slowly started to break apart around 175 million years ago into the continents we now know. In a day and age where borders are constantly on our mind, just who would have been our neighbors—and how would the world be different—if Pangea existed today?

It’s a question Massimo Pietrobon had on his mind when he created Pangea Politica, a conceptual map demonstrating where modern countries would fall within Pangea if it still existed today. “Joining the world into one piece of land represents a return to unity with the planet and within the human race, in spite of the divisions that make our rulers quite comfortable,” Pietrobon writes.

And so, in Pietrobon’s world, the United States cuddles up to Russia, while Africa dominates the map. Neighboring North America, South America, Antarctica, Europe, and the Middle East, Africa’s imposing stature reminds us of just how large the continent really is. While the designer notes that the scale of some countries could be better—see this true size map to verify dimensions—for him, it is the concept that counts.

Where do you think we’d be today if Pangea had stayed together? 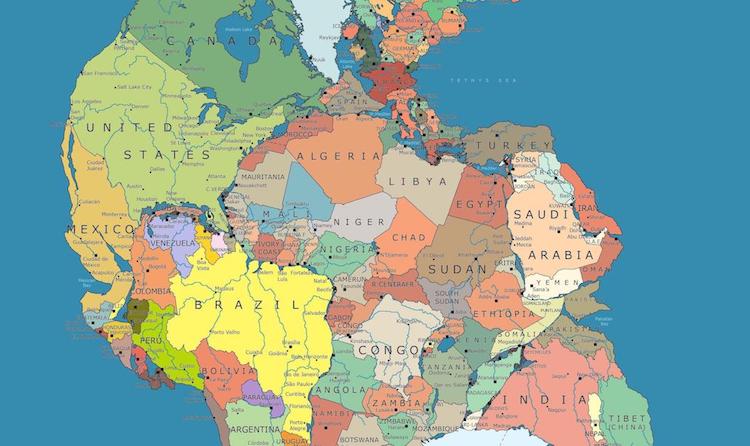 All images via Massimo Pietrobon.

Eye-Opening Map Reveals the Most Peaceful Countries in the World

The post Map Reveals Where Modern Countries Would Be Located If Pangea Still Existed appeared first on My Modern Met.