Throughout an artist’s lifetime, changes in approach, subject matter, and even style are to be expected. This phenomenon is apparent in the evolution of modern art‘s most beloved painters, from Monet‘s move toward abstraction to Van Gogh‘s brightened color palette. Though prevalent among most master painters, it is particularly emphasized in the paintings of Pablo Picasso (1881-1973).

With a career that spanned 79 years and included success in painting, sculpting, ceramics, poetry, stage design, and writing, his tendency to experiment with his craft is unsurprising. However, the extent to which his style changed in each discipline—particularly, in painting—is unlike that of any other artist. Therefore, in order to trace his stylistic evolution, his body of work is often divided into periods: early work, Blue Period, Rose Period, African Period, Cubism, Neoclassicism, Surrealism, and later work.

Here, we explore these changes, beginning with a phase that is often widely overlooked or even unknown: Picasso’s roots in realism.

When Picasso began his career as an artist in 1894, he worked in a realist style. He depicted subjects authentically, and employed a true-to-life color palette. This traditional, academic approach is evident in his church-inspired paintings and his portrayals of loved ones, like The Altarboy and Portrait of the Artist’s Mother, respectively. 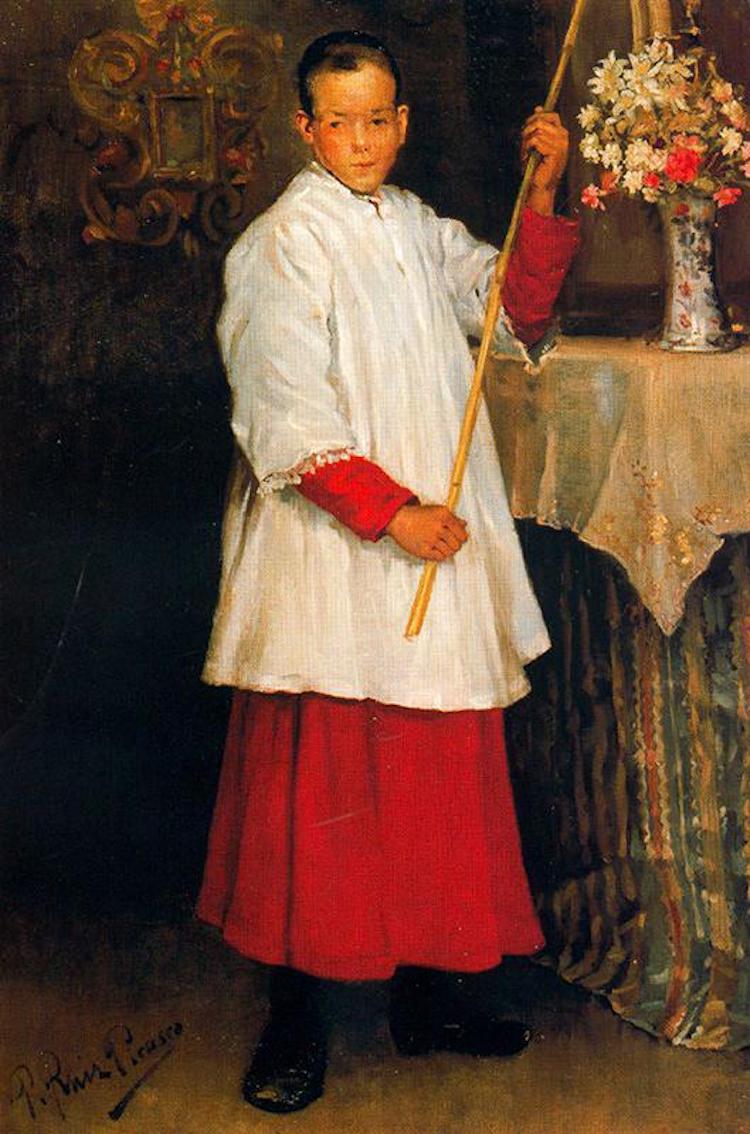 Beginning in 1897, however, his paintings took on a less lifelike quality. Undoubtedly influenced by Expressionist Edvard Munch and Post-Impressionist painter Toulouse-Lautrec, these pieces—like The Artist’s Sister Lola—convey Picasso’s growing interest in experimenting with a more freeform, avant-garde style. 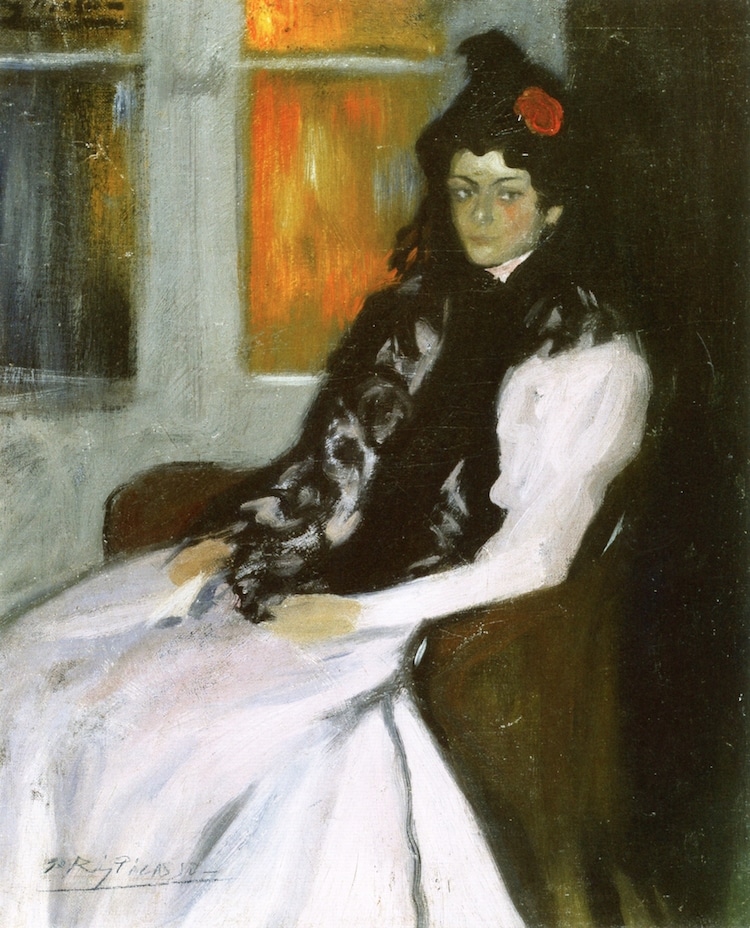 In 1901, Picasso appeared to have entirely abandoned realism. This is particularly clear in his preference for color, which evolved from naturalistic hues to cooler tones. This change in pigment lasted until 1904, and is now characterized as the artist’s Blue Period.

Art of this period is somber in both color and in subject matter—an approach likely caused by depression due to a close friend’s suicide. The monochromatic pieces often feature figures living in poverty or despair, like the gaunt guitar player in The Old Guitarist, the unhappy Absinthe Drinker who sits with her arms folded, and the embracing Mother and Child who actually live in a disease-ridden women’s prison. 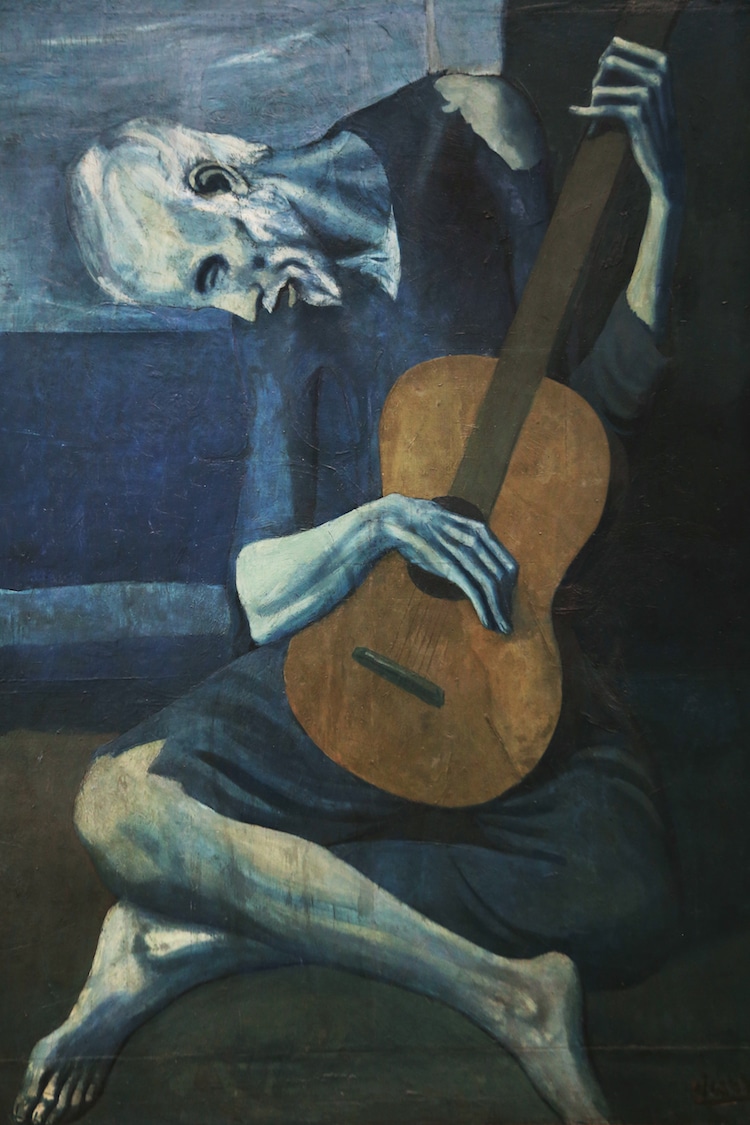 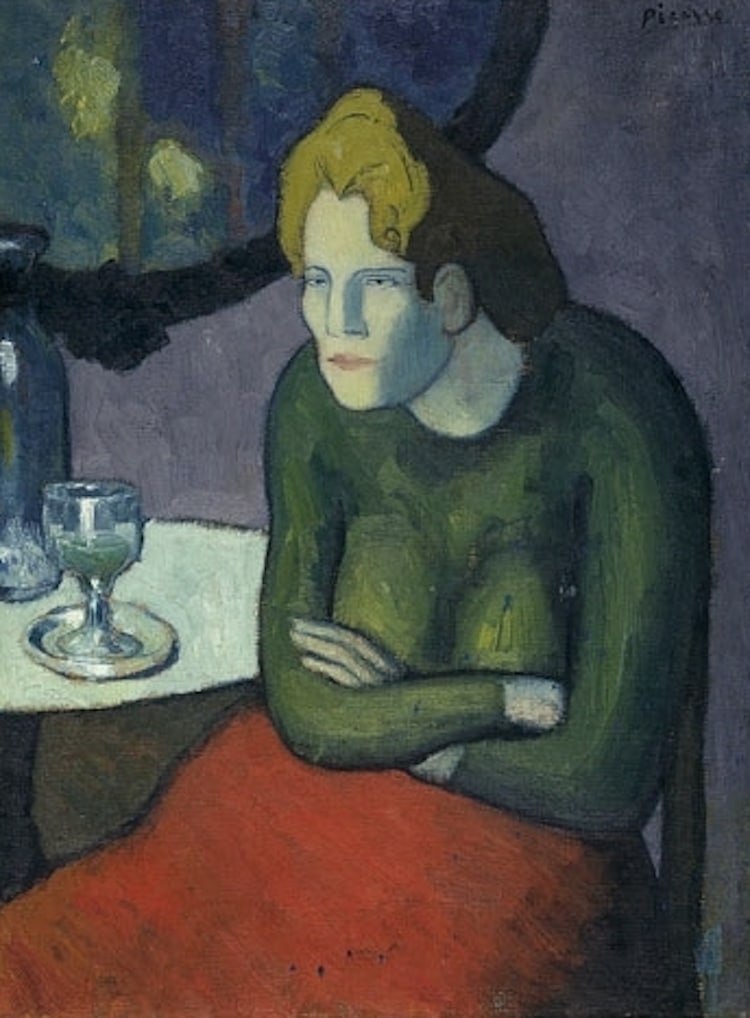 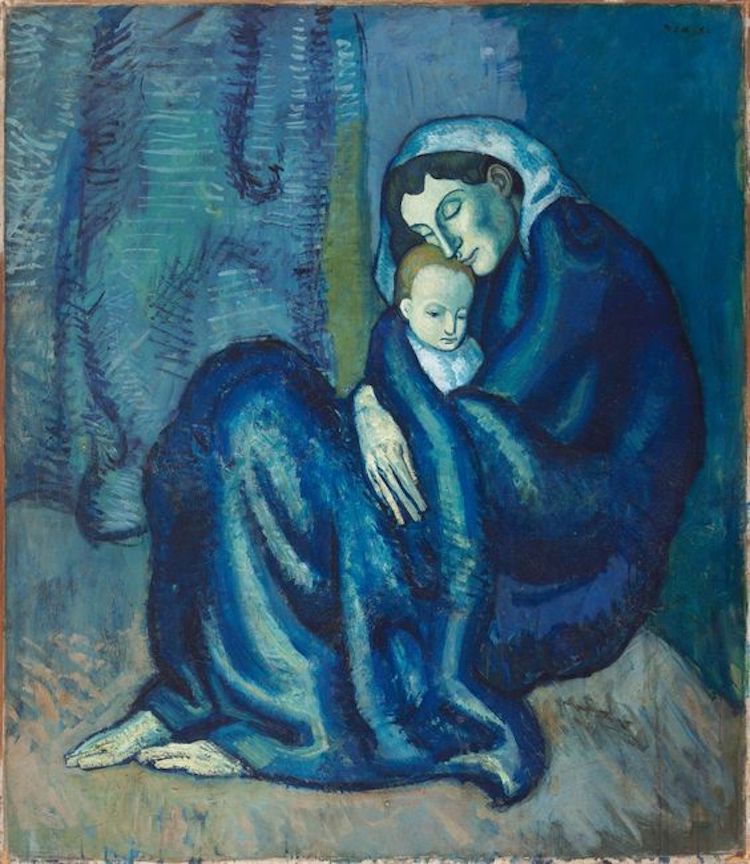 Picasso’s Blue Period (and causal depression) lasted until 1904. At this time, less solemn subjects and a warmer color scheme began to pop up in his paintings.

As Picasso transitioned to his Rose Period in 1904, he continued to depict figures in his characteristically painterly style. While blue tones are still present in these paintings, they are contrasted by warmer shades. Similarly, after moving to Montmartre, a Bohemian district in Paris, he shifted his focus from individuals living in despair to entertainers, including harlequins, acrobats, and other circus performers. 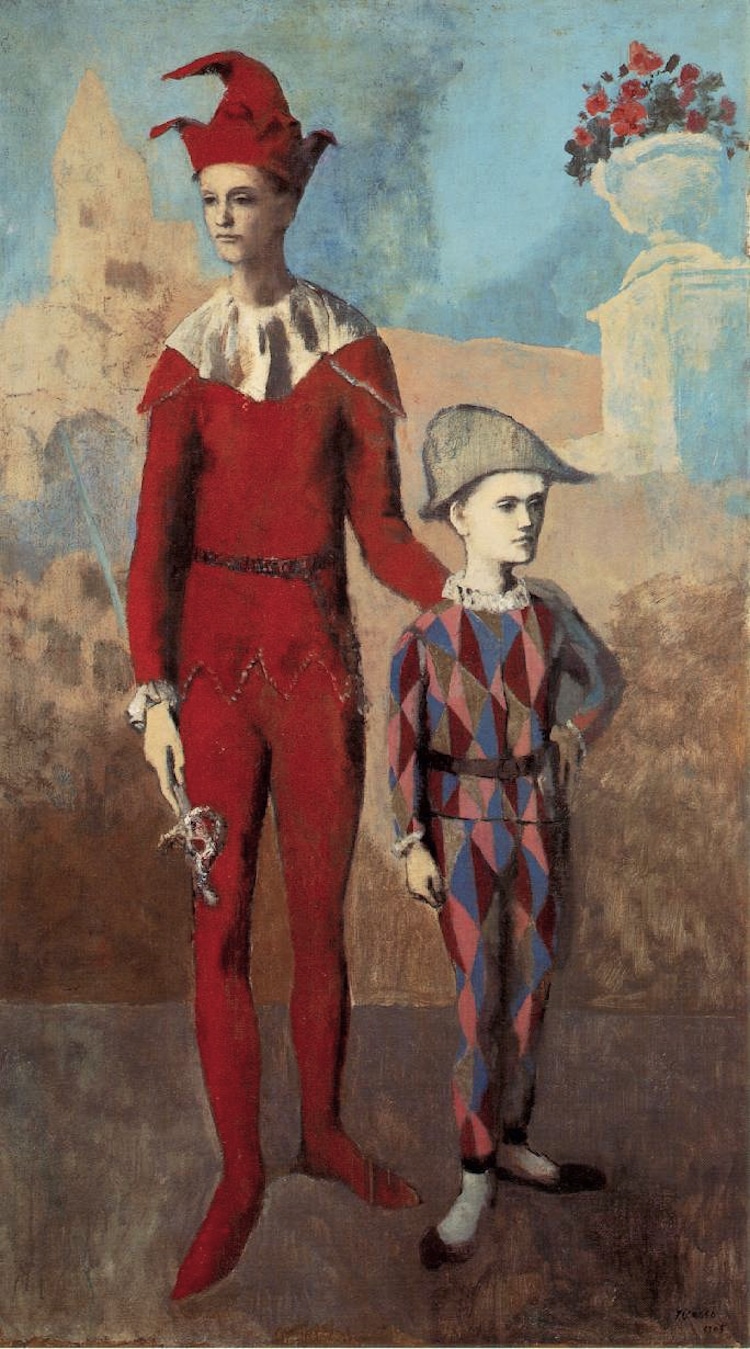 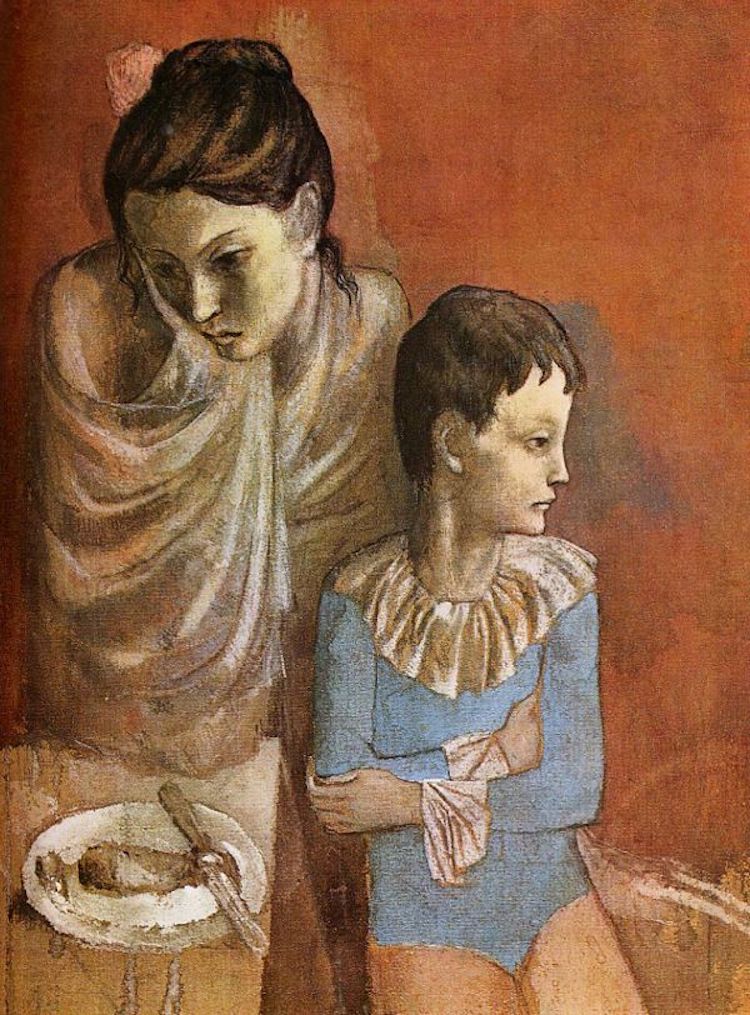 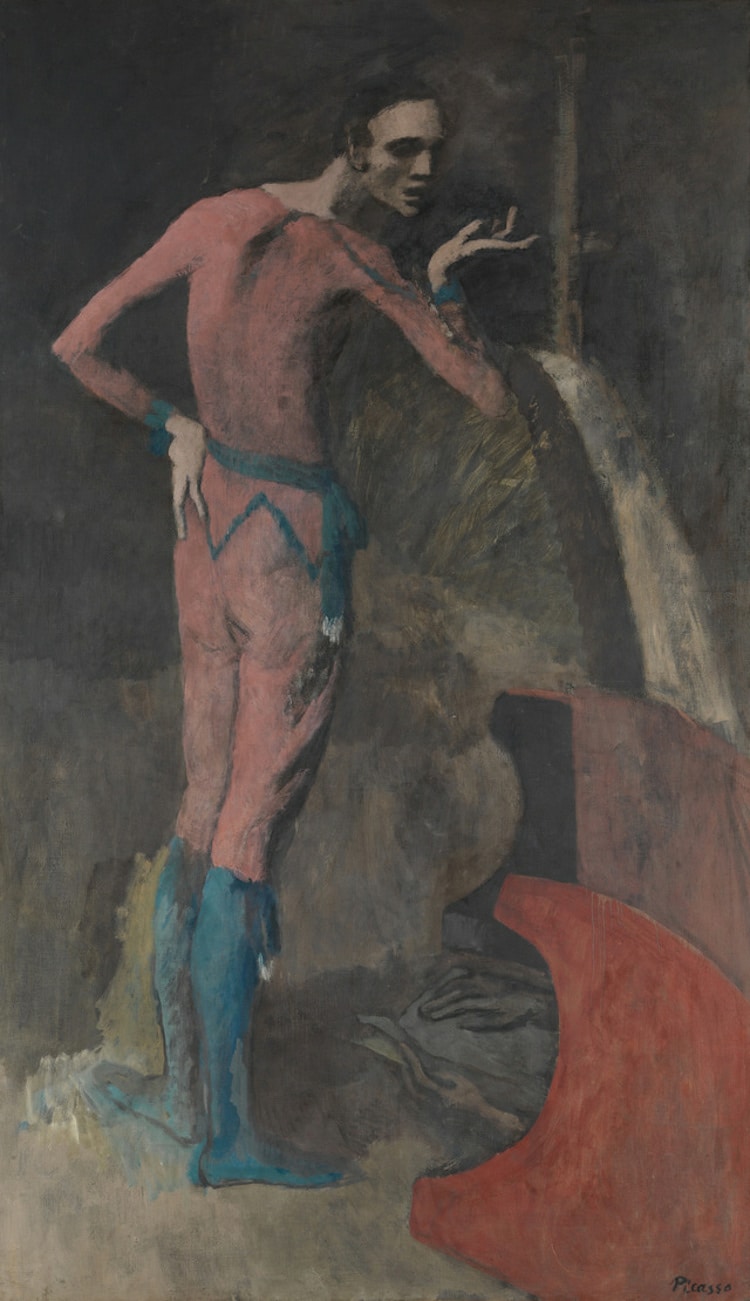 At this time, Picasso began to experiment with Primitivism, a style that he would eventually embrace in in 1906.

The post The Evolution of Picasso’s Painting Style and What Each Artistic Choice Represents appeared first on My Modern Met.