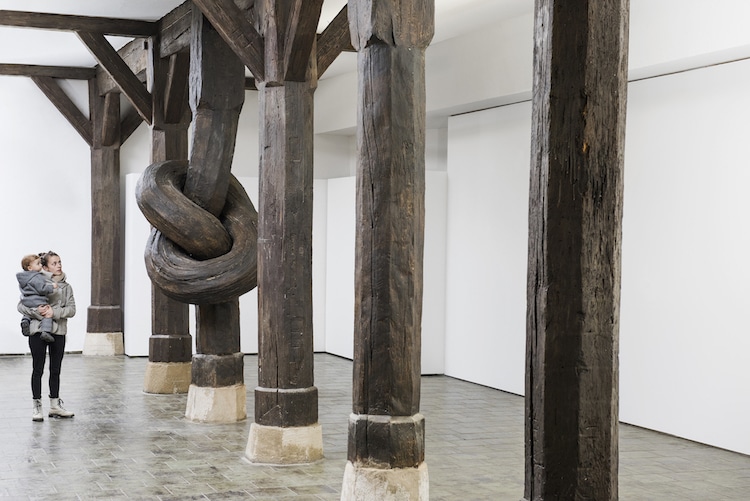 Known for his mind-bending installation art, Alex Chinneck has moved indoors for his latest art installation, tying a 450-year-old wood column into a knot. With Birth, Death, and a Midlife Crisis, the British sculptor has conceived another stunning piece of optical illusion art, one that sees him installing an indoor sculpture for the first time in five years.

After his hovering stone building and seemingly melted building facade, both in England, Chinneck brings his unique background in architecture, sculpture, engineering, and set design to the interior of a German museum. Located in the small town of Kirchheim Unter Teck, the museum’s historic wooden columns served as the inspiration for Chinneck’s artwork.

His knotted column seems to defy logic—even when one knows it’s simply an art installation, it’s impossible not to feel as though it fits perfectly into place within the gallery. Indeed, Chinneck’s approach was purposely sensitive, teasing out the illusion while paying respect to the surroundings.

“I wanted to create the impression that we had only changed what was already physically present in the museum and the work was born through the manipulation, rather than introduction, of material,” Chinneck shares. “With this approach, the objective was to produce something sculpturally bold but contextually sensitive.”

The result is a startling, yet fascinating, work of art that blends in flawlessly with the environment, demonstrating Chinneck’s ability to transition between exterior and interior spaces. In addition to the knotted pillar, the artist also added a straight column in order to give the overall installation balance and symmetry. It’s this attention to detail that helps bring the illusion to life.

“I like to give fluidity to typically inflexible things, transcending their material nature. The columns are the prominent feature in the 450-year-old museum and this intervention took an opportunity to defy logic and distort history.”

For his newest logic-defying art installation, Alex Chinneck has created a knot in a 450-year-old wood column. 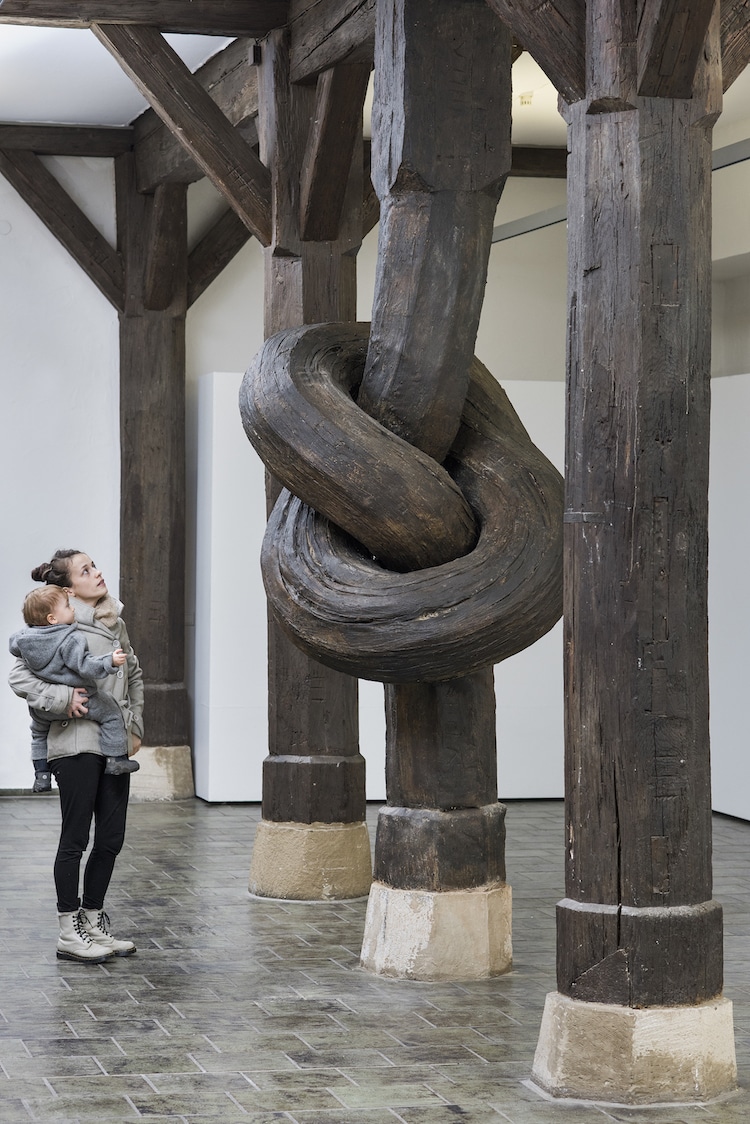 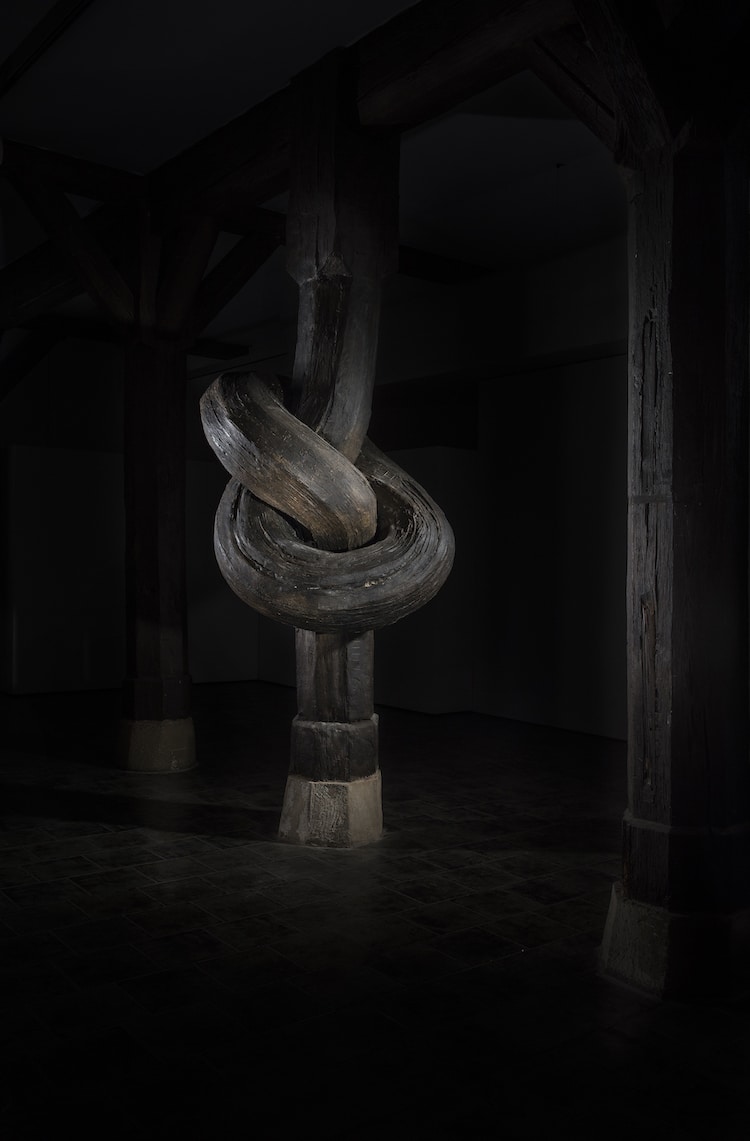 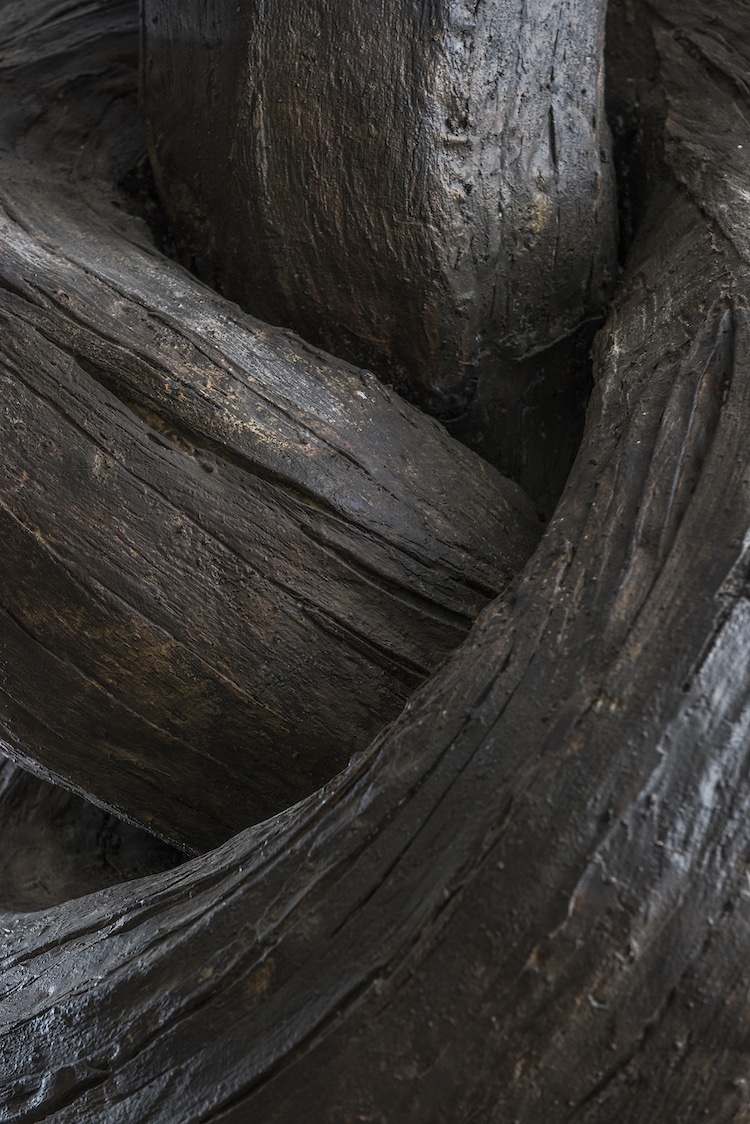 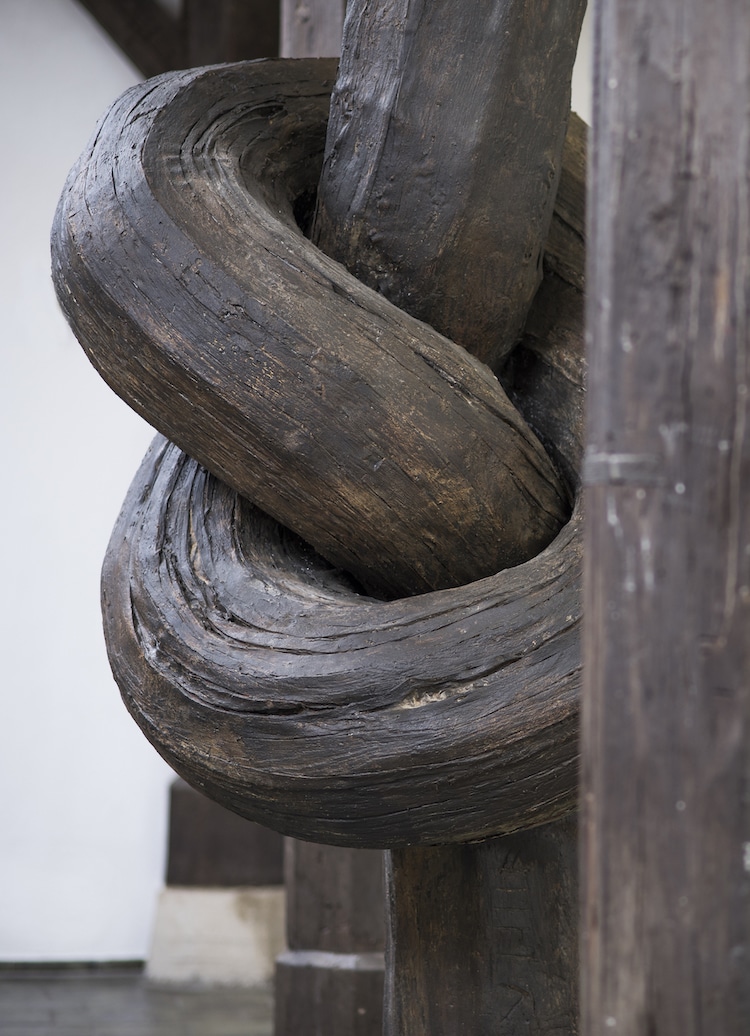 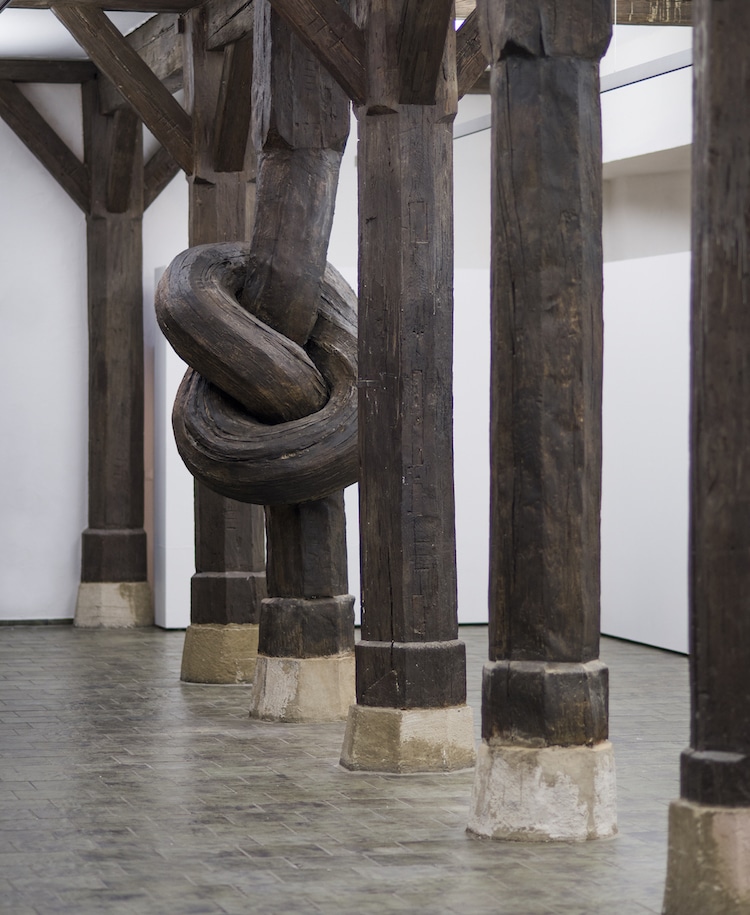 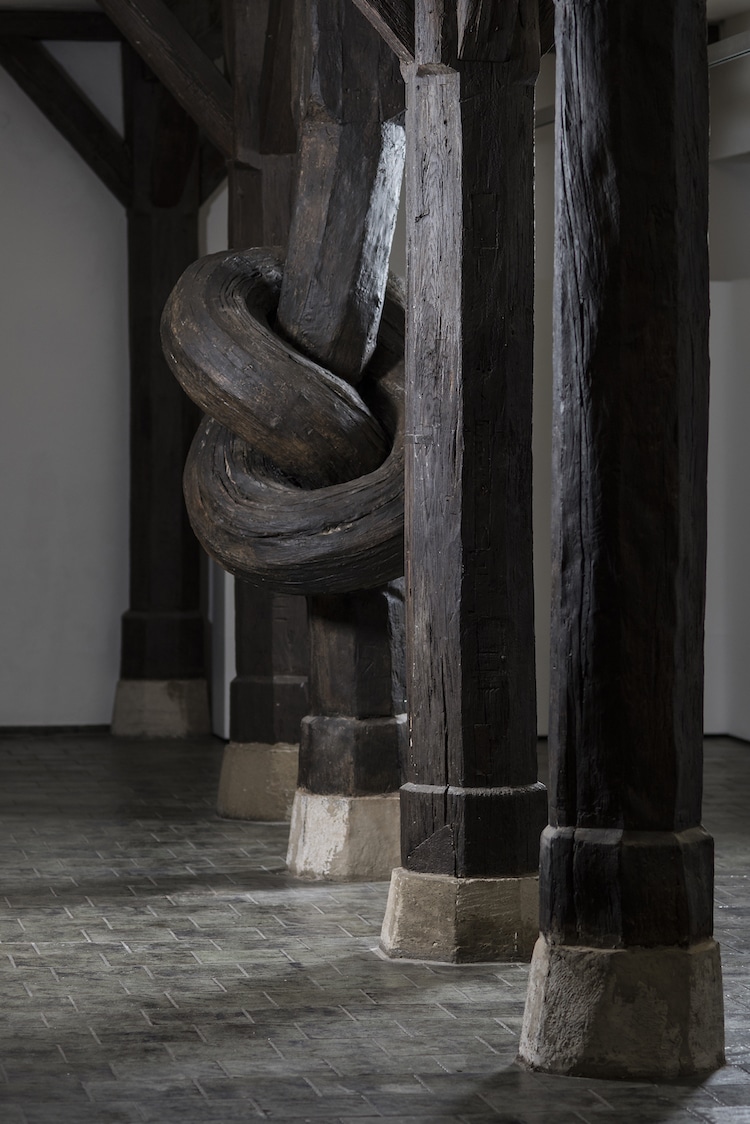 All photos by Charles Emerson. My Modern Met granted permission to use photos by Alex Chinneck.

The post 450-Year-Old Wood Column Tied Into a Knot Is a Logic-Defying Art Installation appeared first on My Modern Met.