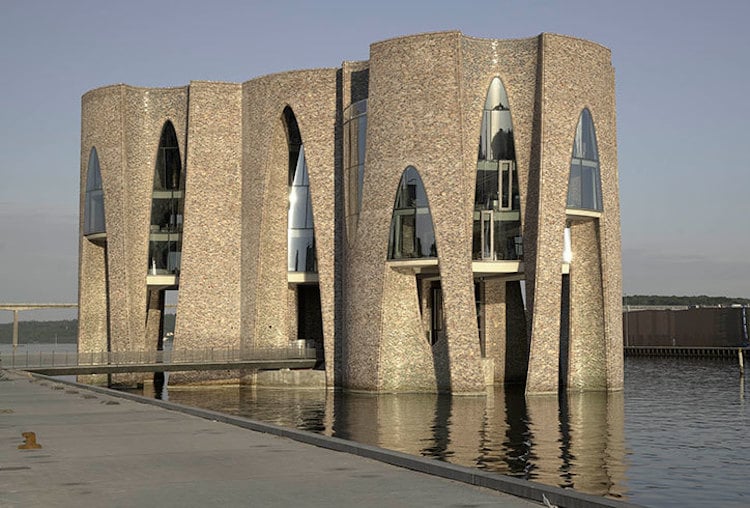 Four conjoined cylinders rising from the water form the core of Olafur Eliasson’s first foray into architecture. The Danish-Icelandic artist recently finished his first building, an office located in the Vejle Fjord in Denmark. The Fjordenhus is the base for Kirk Kaptal, a holding and investment company. Not only did the firm hire Eliasson to execute the building, he also designed all the office furniture. The experience was a moment for Eliasson to pull together all the lessons learned from years of creating large-scale art installations and focus it into a piece of architecture.

The inspiration for the structure, which is composed of 970,000 bricks, was the beauty of the surrounding environment. “[The clients said] we would like to build a working environment for the foundation that we have, we would like to emphasize the qualities that are important to us: nature, light, the weather, the seasons and the Vejle Fjord,” Eliasson shared.

The structure rises from the water, seated on slender raised pillars that were created by selective cutouts in the cylinders. Eliasson was especially attentive to the brick exterior, selecting 15 shades of unglazed brick as well as glazed brick in hues of blue, green, and silver. Eliasson then strategically placed the bricks to create different patterns and effects along the exterior, while the colors of the interior were chosen to match the rooms’ function. For instance, grey and silver bricks were installed exclusively in the stairwell.

Fjordenhus is part of a larger plan for redeveloping Vejle’s harbor and is also a step forward in solidifying Eliasson’s journey into architecture. In 2014, Eliasson and Sebastian Behmann established Studio Other Spaces, an architectural practice tied to Eliasson’s studio—a sure sign there’s more to come from Eliasson the architect. 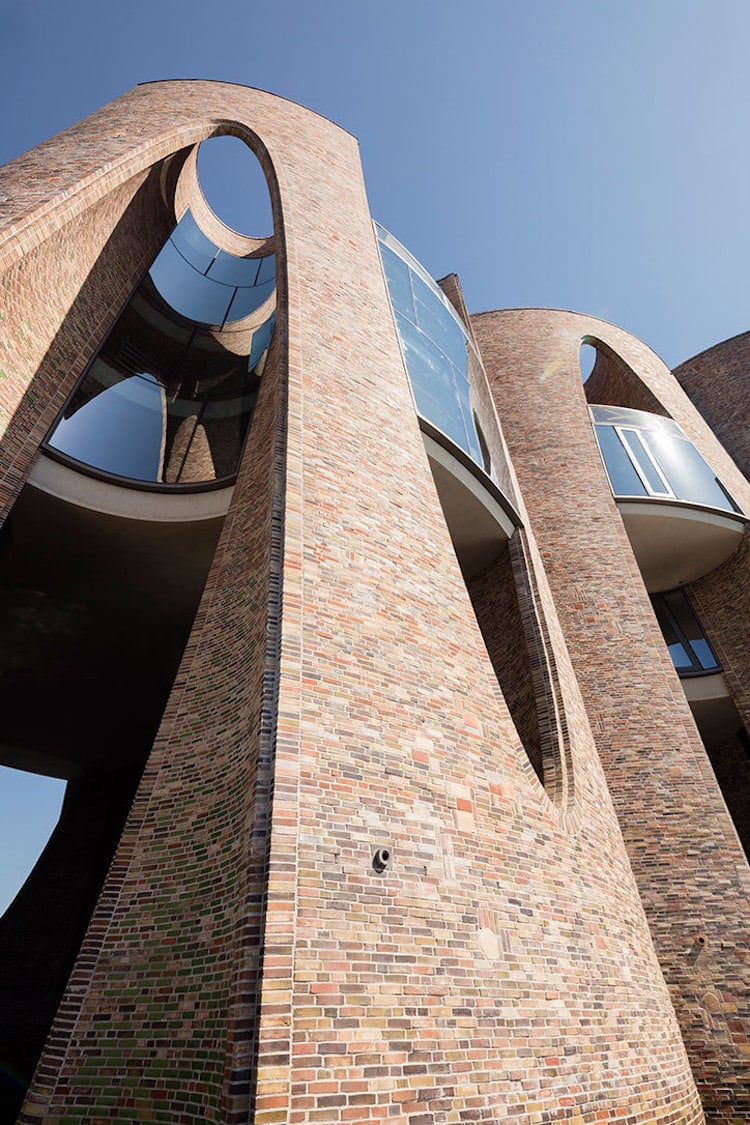 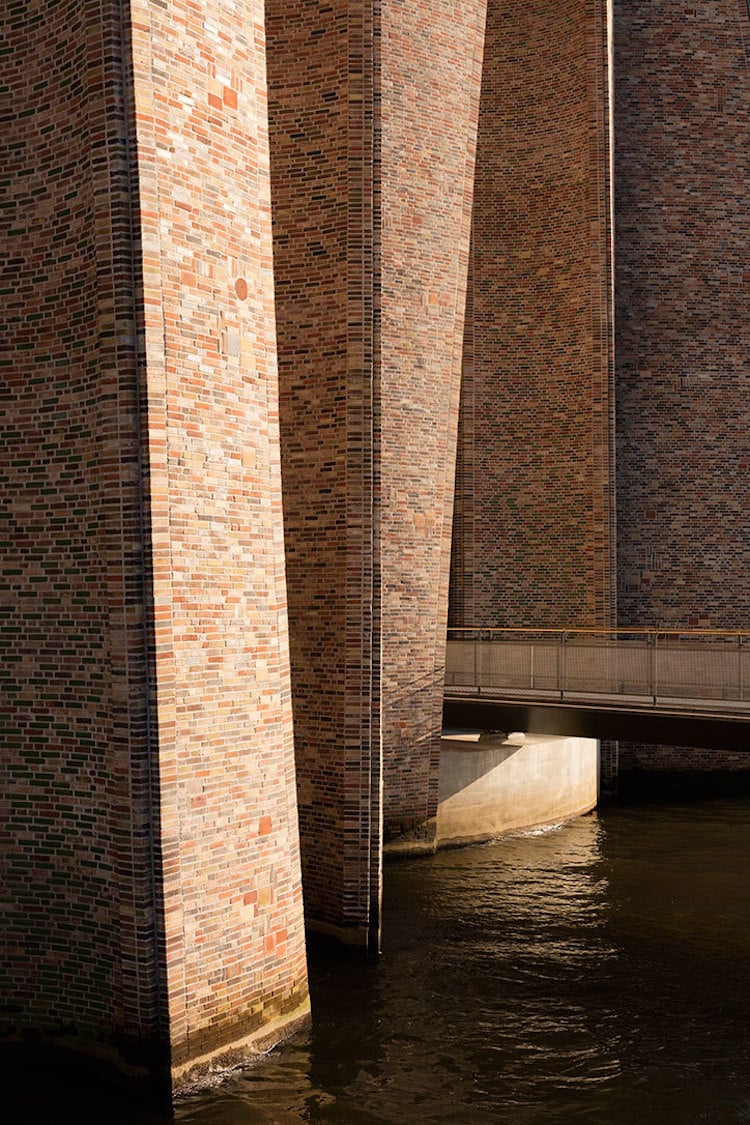 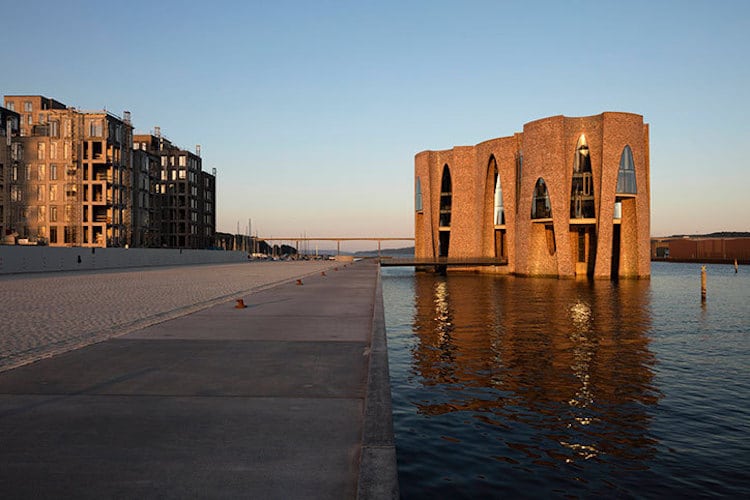 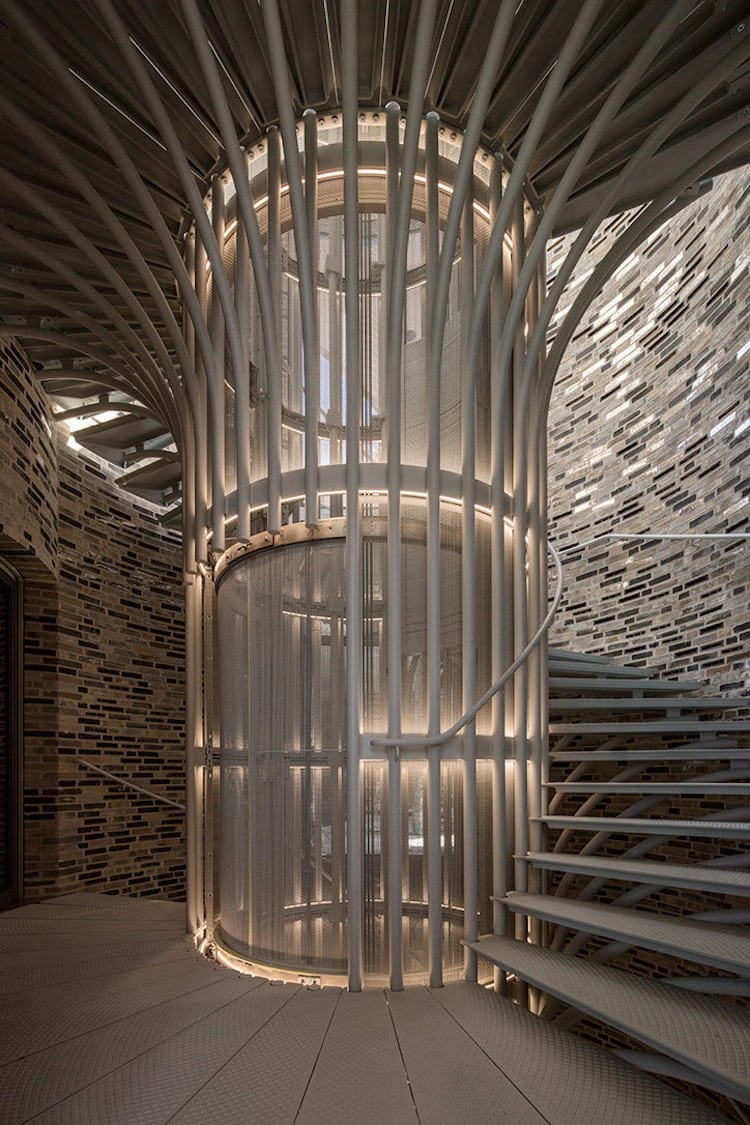 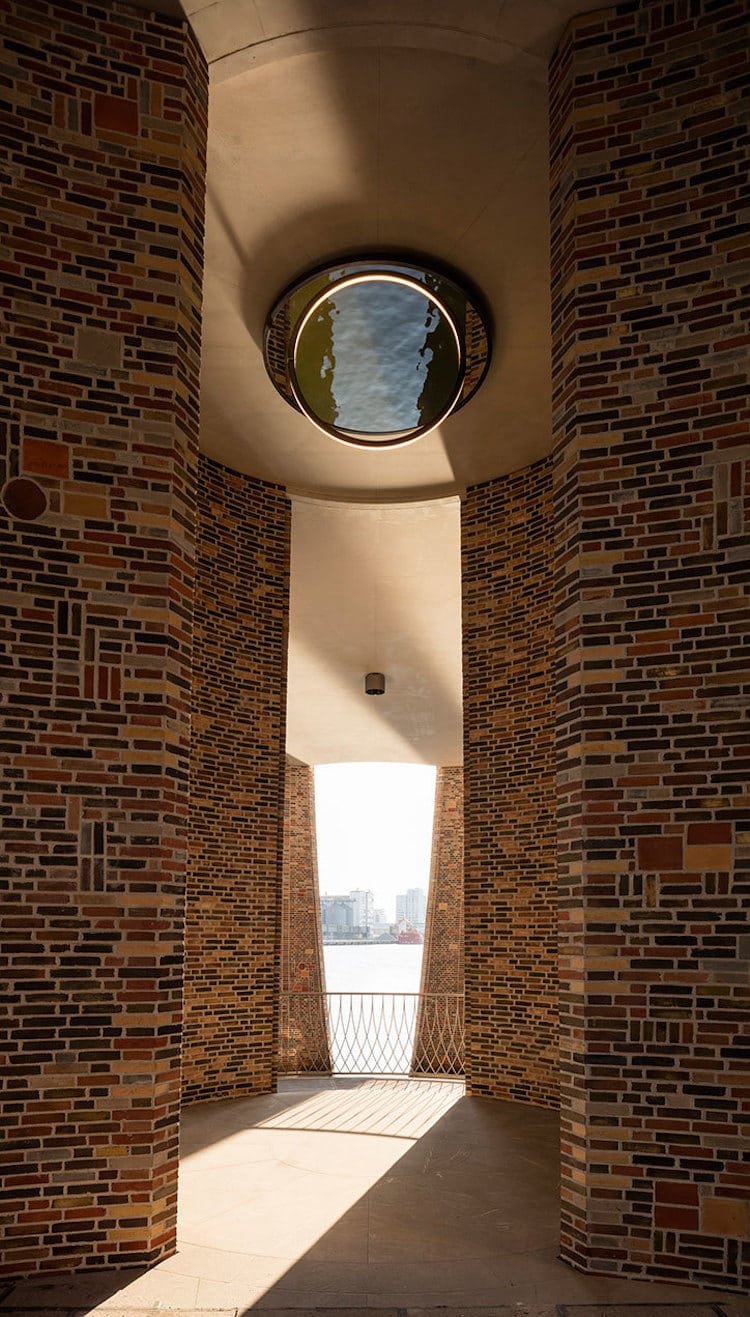 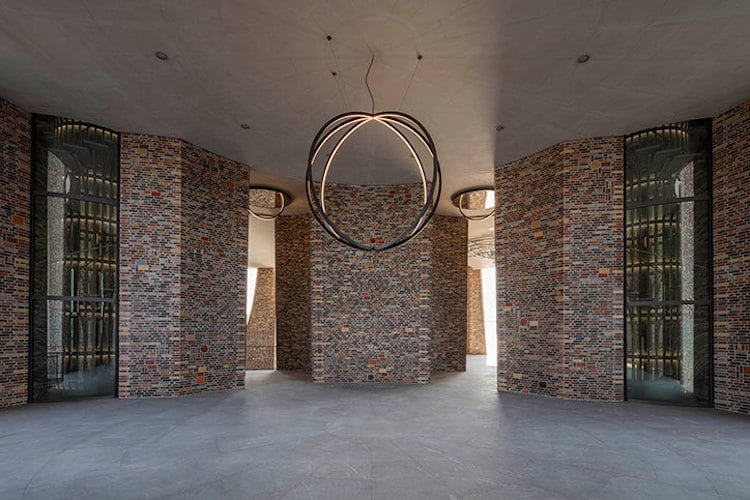 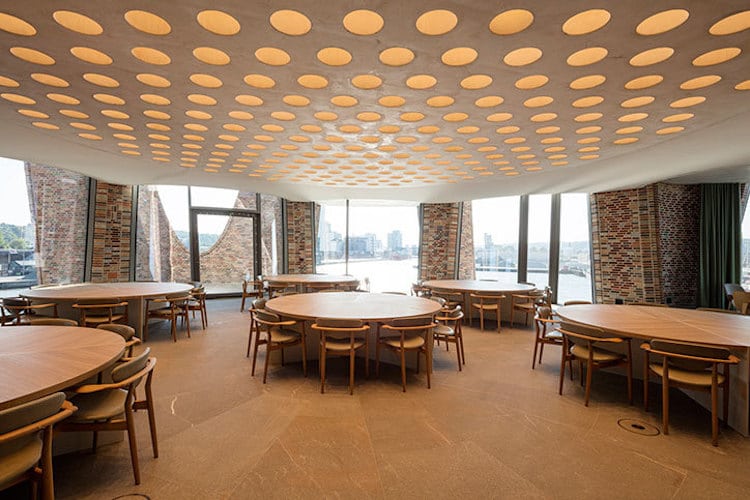 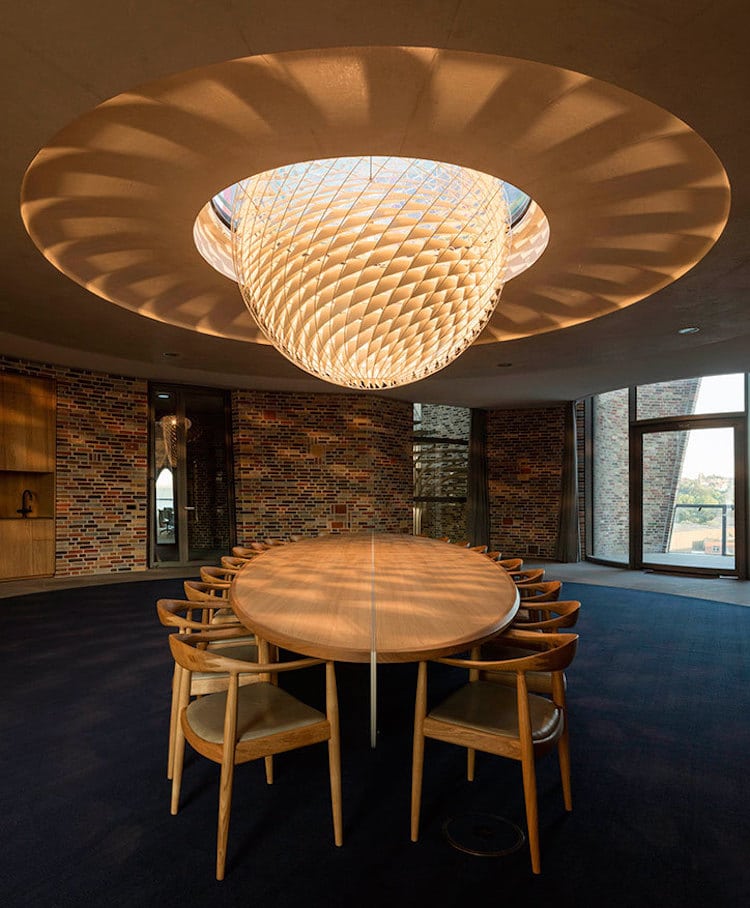 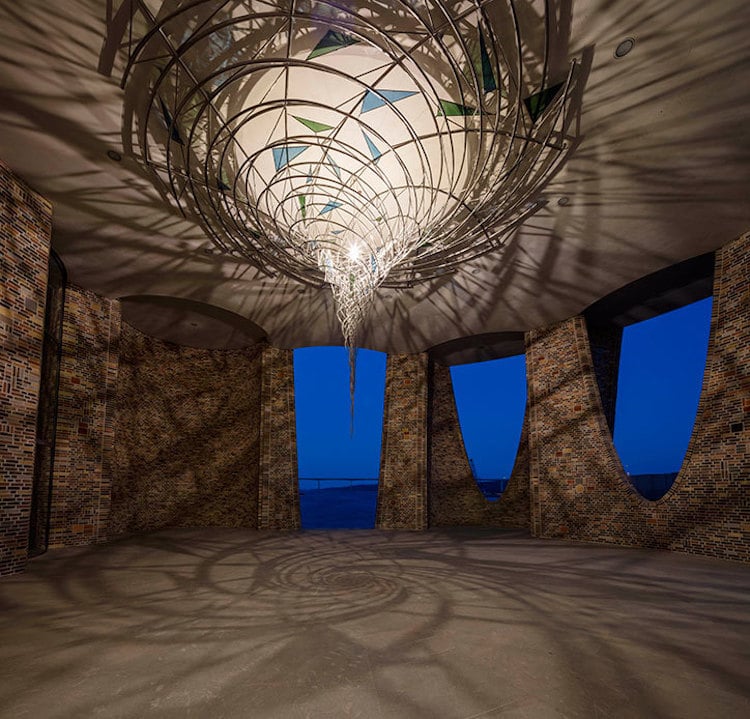 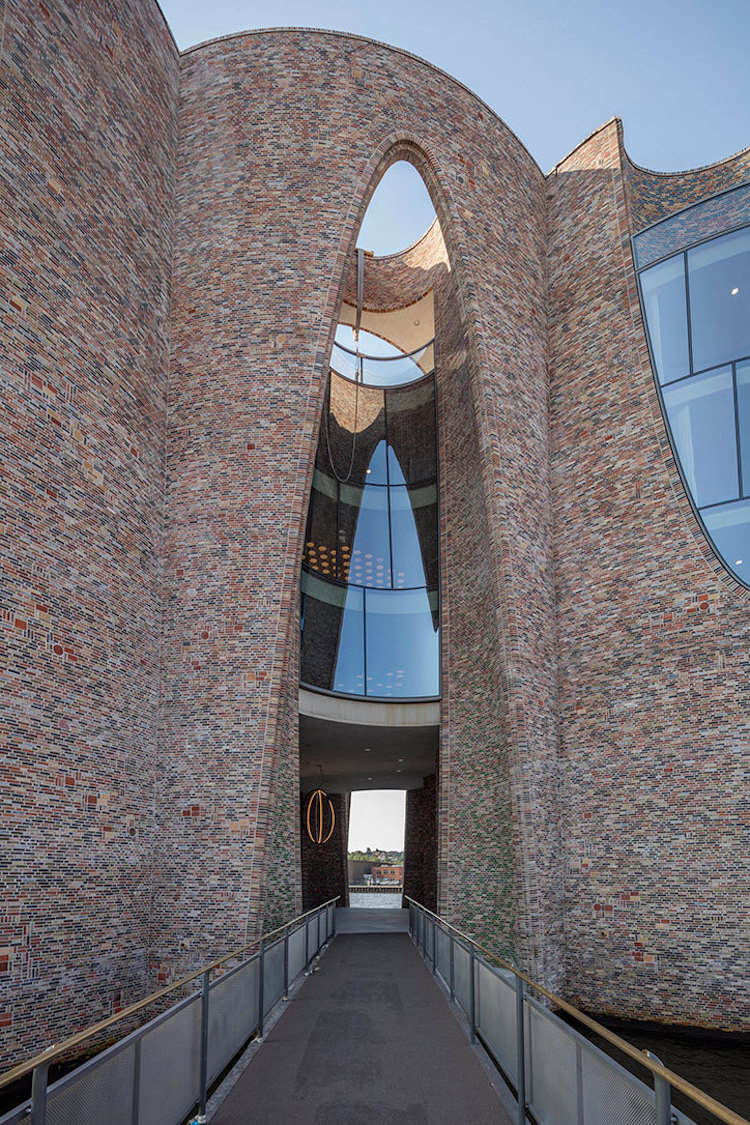 All images via Anders Sune Berg, except where noted.