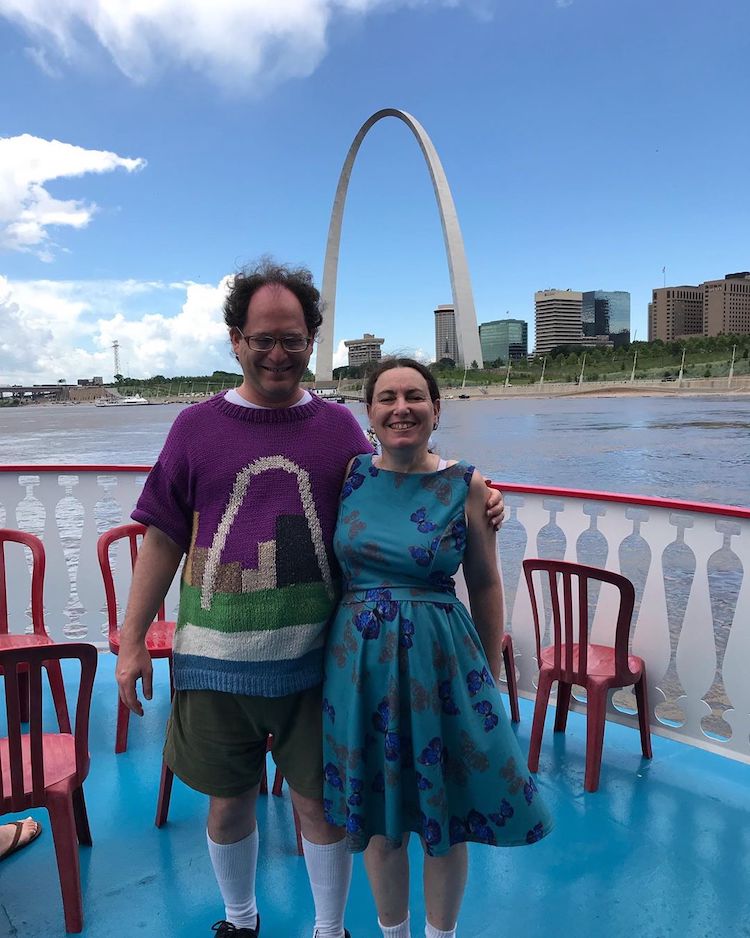 Artist Sam Barsky has a unique way of commemorating the places to which he’s traveled. Instead of opting for the usual tchotchke like a magnet or a coffee mug, he hand-knits his own sweater in advance, depicting imagery from the specific locale he intends to visit. He then goes to that place and poses in front of it while donning his knitted garment. The sweater doubles as a wearable postcard that is impressive in its intricacies, and this can be seen across Barsky’s textile portfolio. His subject matter ranges from fields to bridges to lighthouses to rock formations, and each is instantly recognizable when worn across his chest.

The Baltimore-based artist has been knitting for two decades and produced over 140 sweaters during that time. To him, traveling and knitting go hand in hand. When he travels, he gets inspiration for his garments, and by trekking to those places, he has a purpose for wearing what he has made. “I just finished one of the Mackinac Bridge in Michigan,” Barsky tells My Modern Met, “and I traveled to get a picture there.”

Baltimore is a place that continually pops up in Barsky’s work. Right now, it’s the focus of his knitting. “I am working on finishing up one of the Baltimore Inner Harbor now for some projects there, and after that, I plan to do more Michigan themed sweaters for when I return in January.”

Scroll down for some of Barsky’s travel knitting and then follow him on Instagram to see where he’s off to next.

Artist Sam Barsky creates hand-knitted sweaters featuring imagery from places around the world, and then he goes to those locales and poses in front of them while wearing his custom garment. 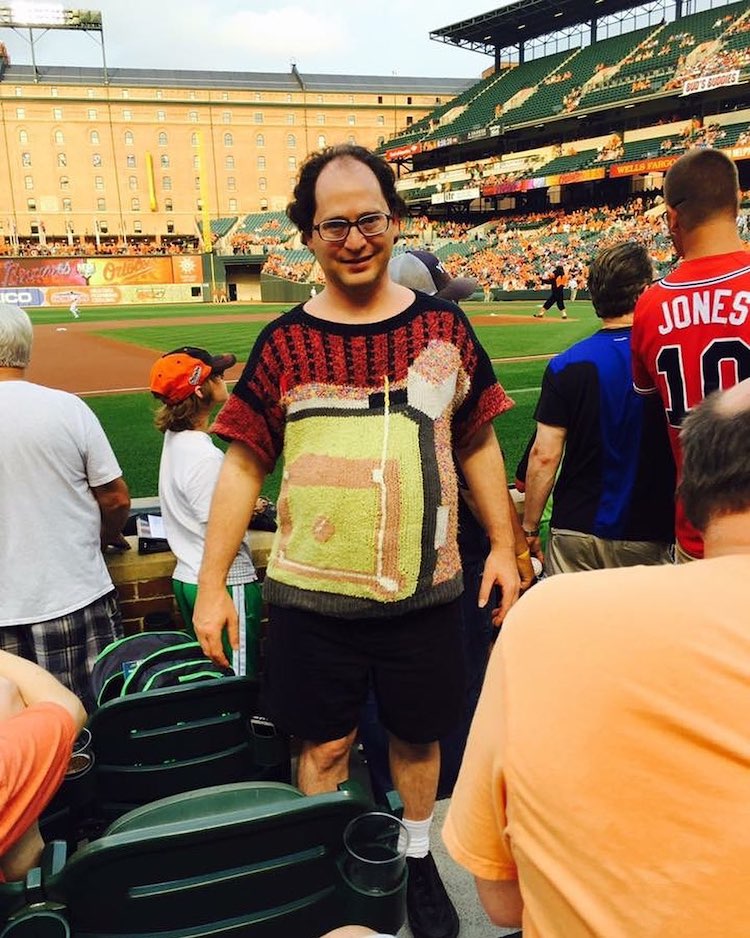 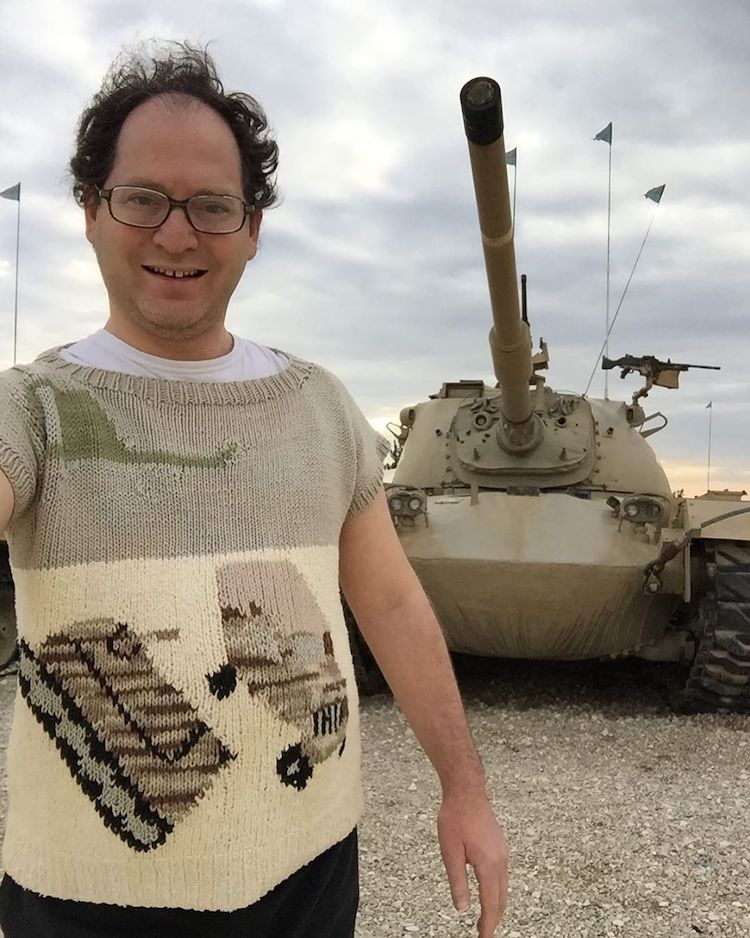 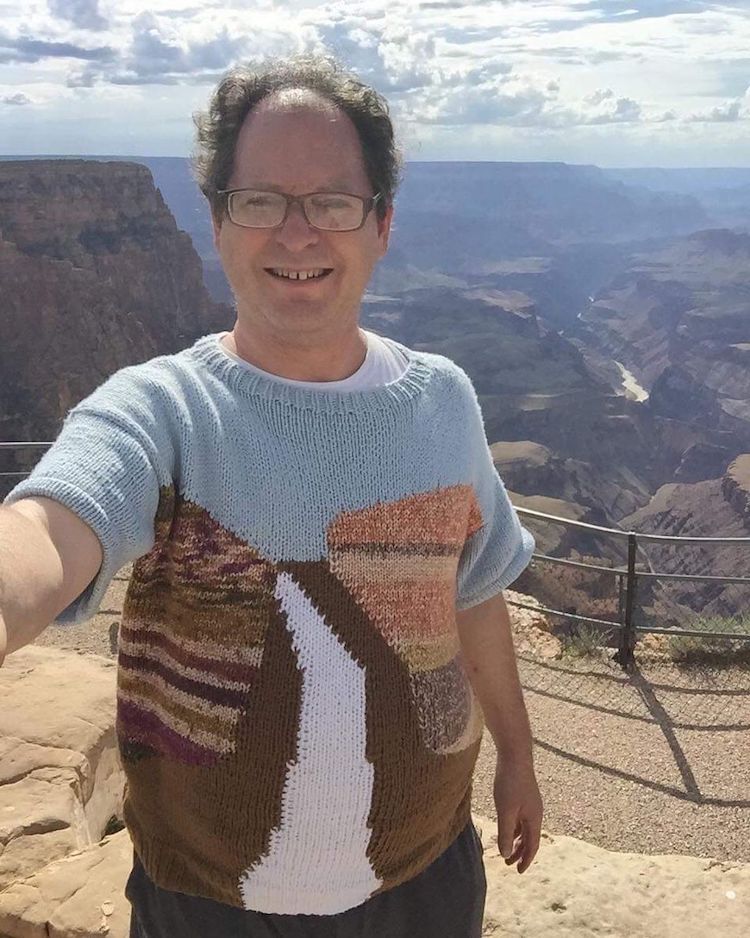 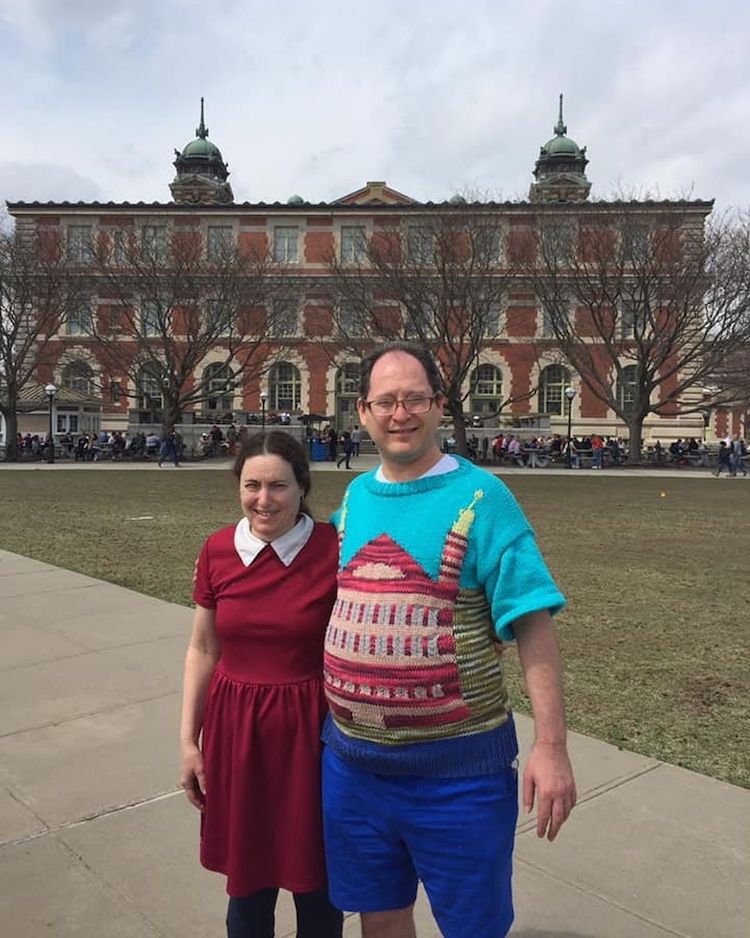 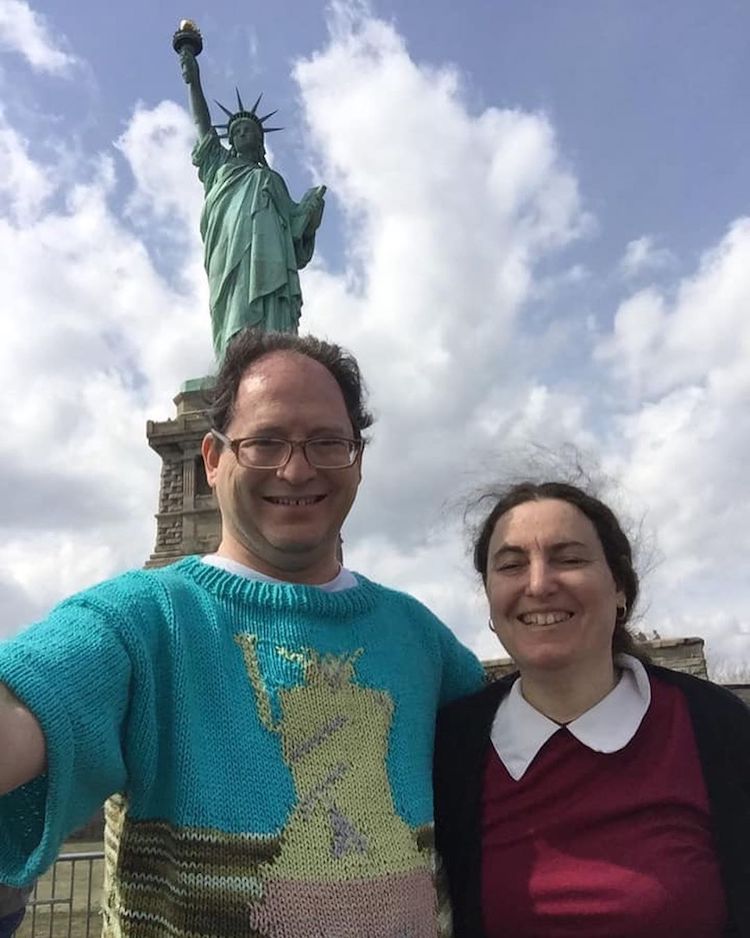 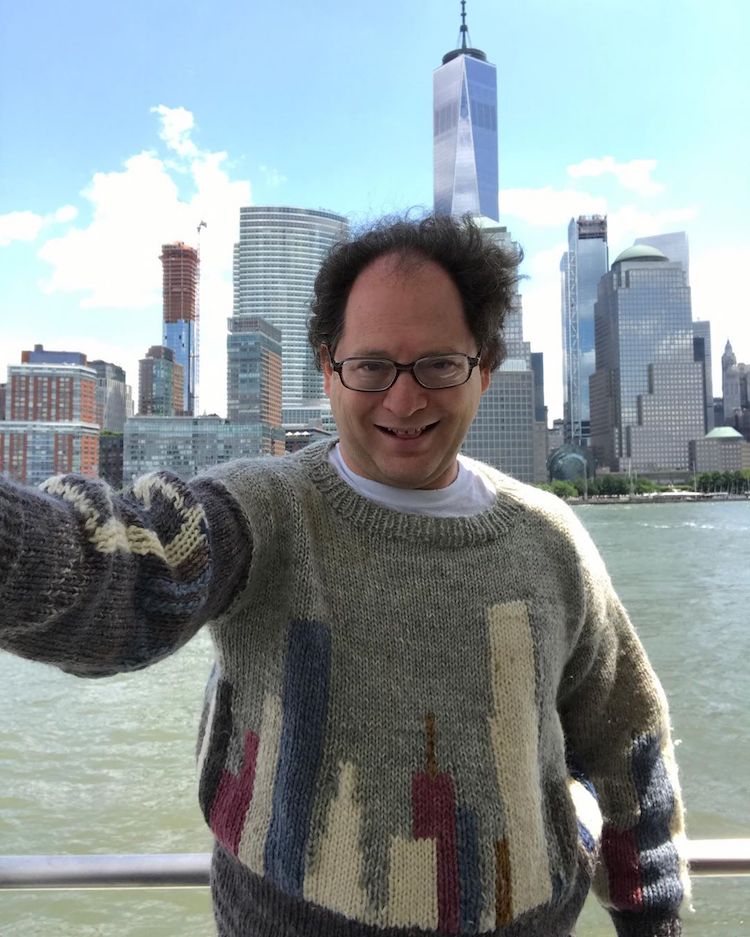 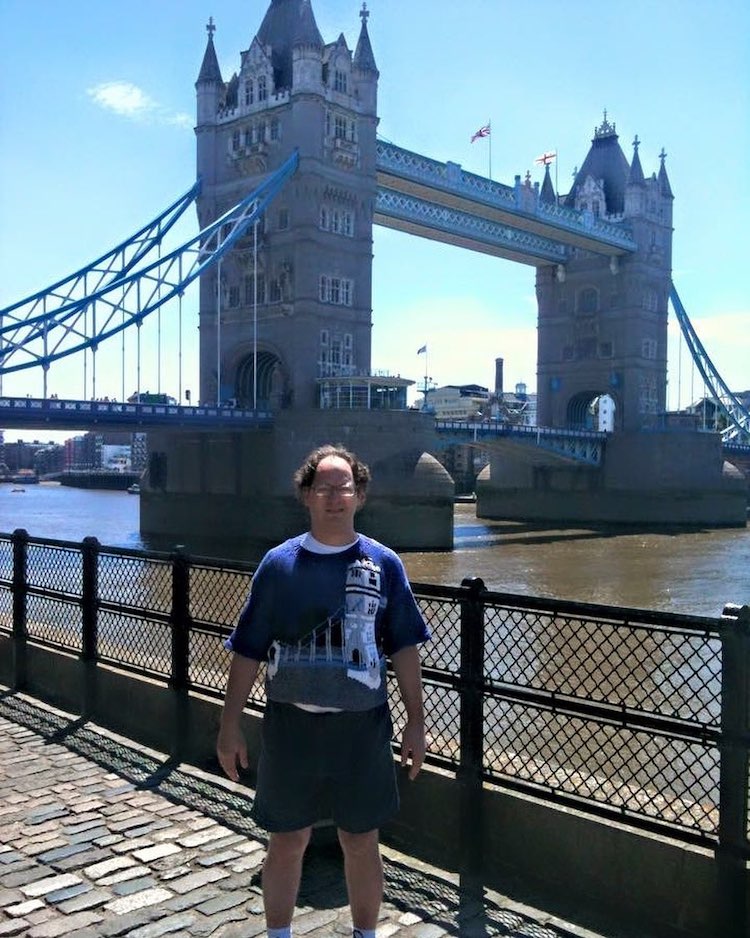 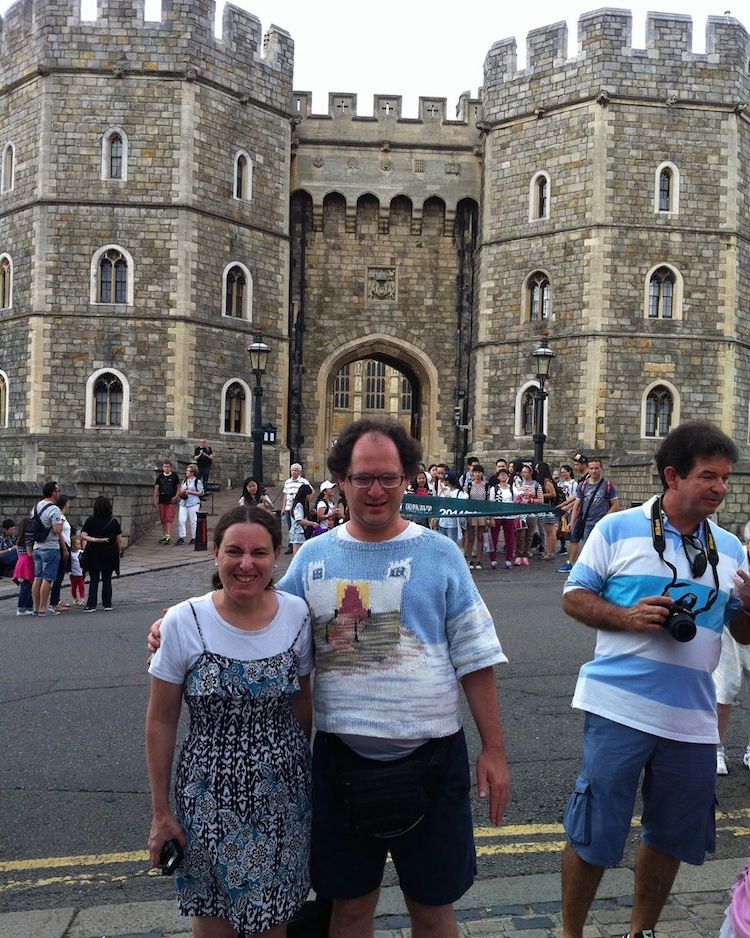 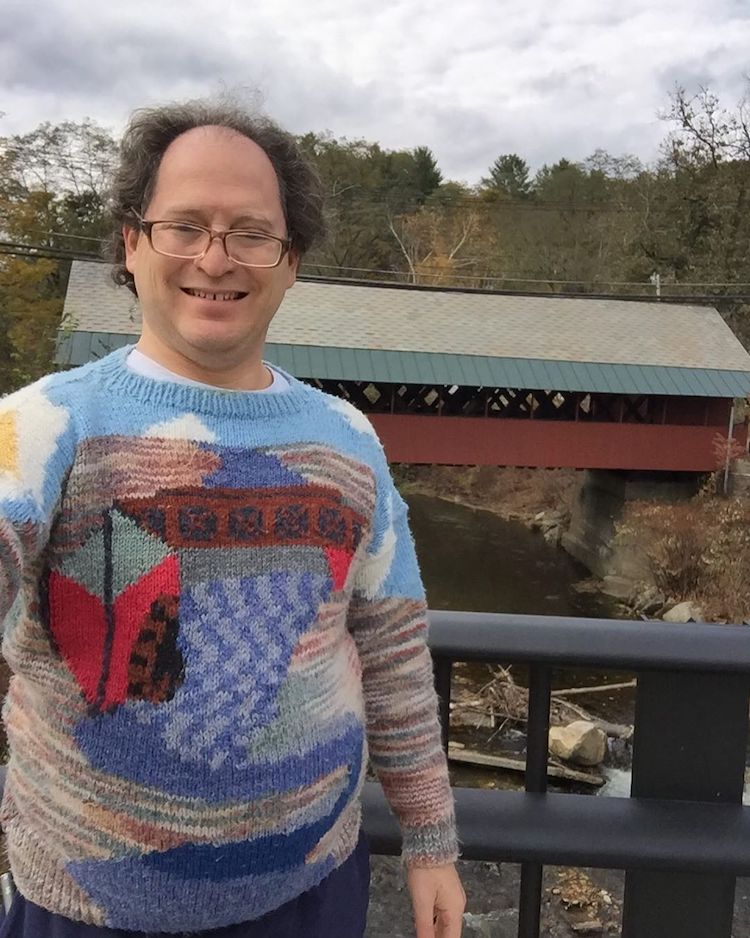 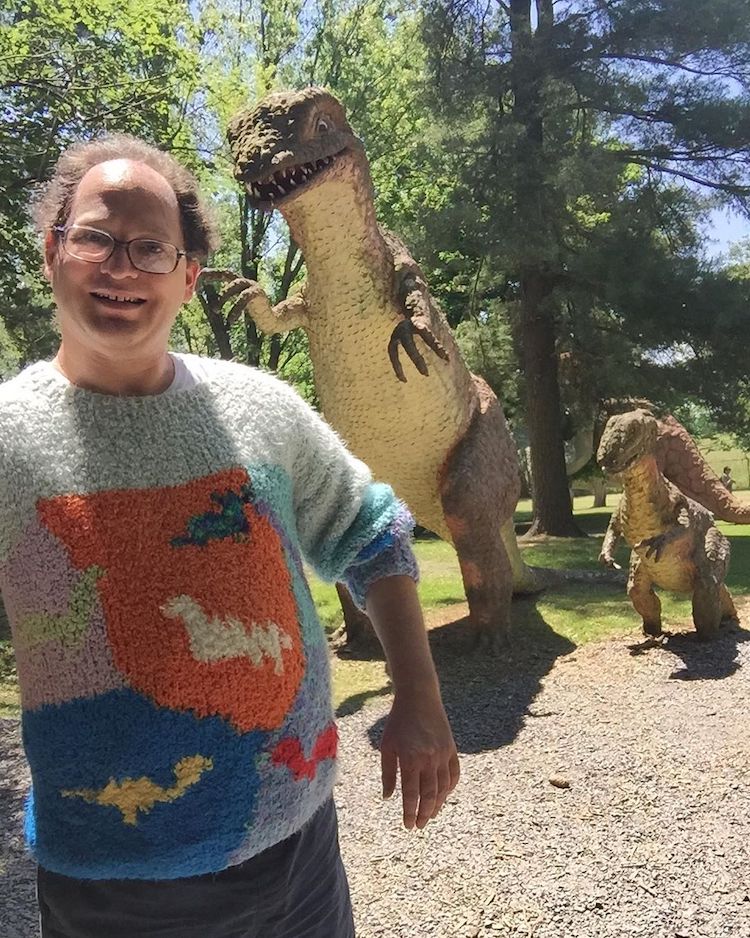 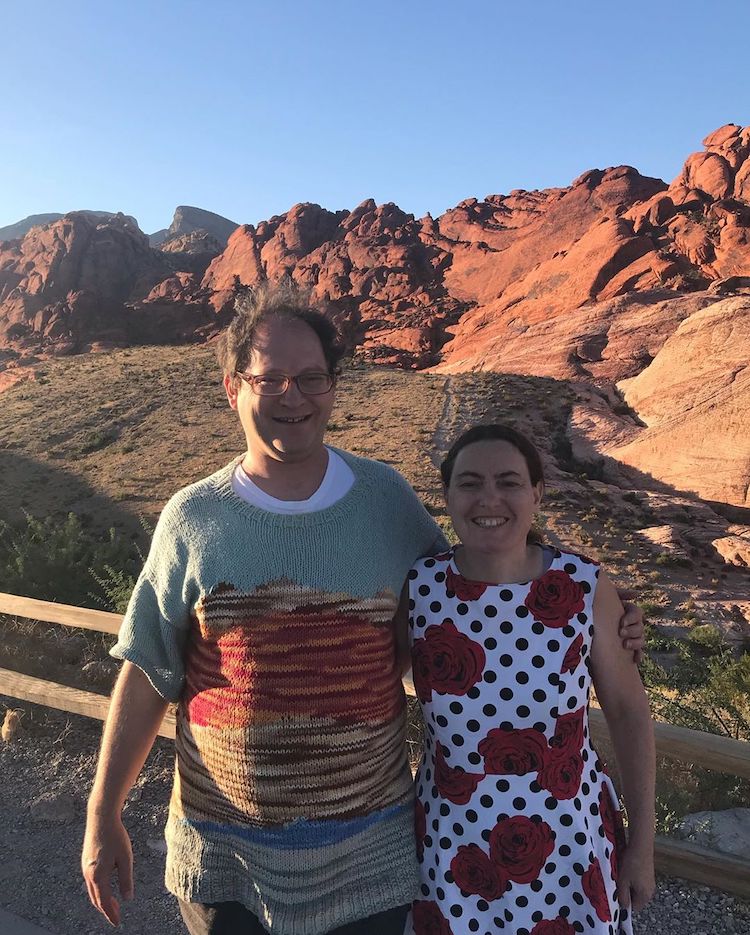 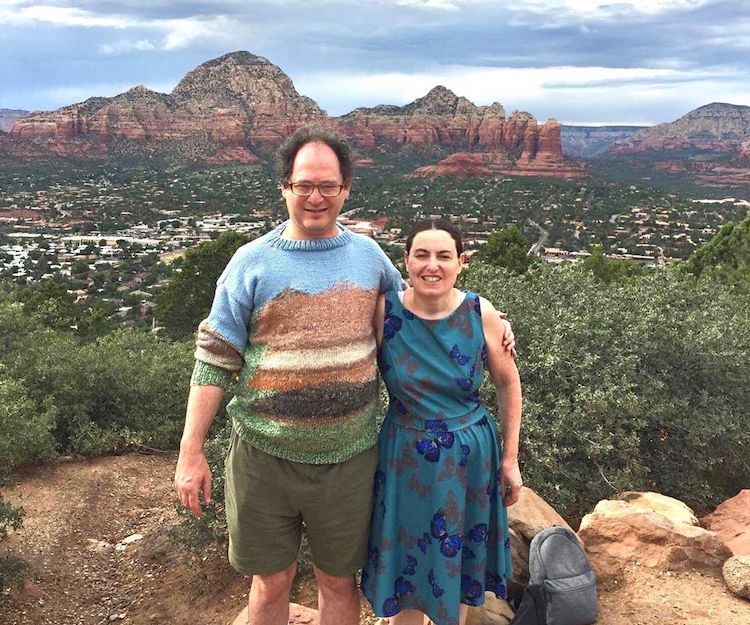 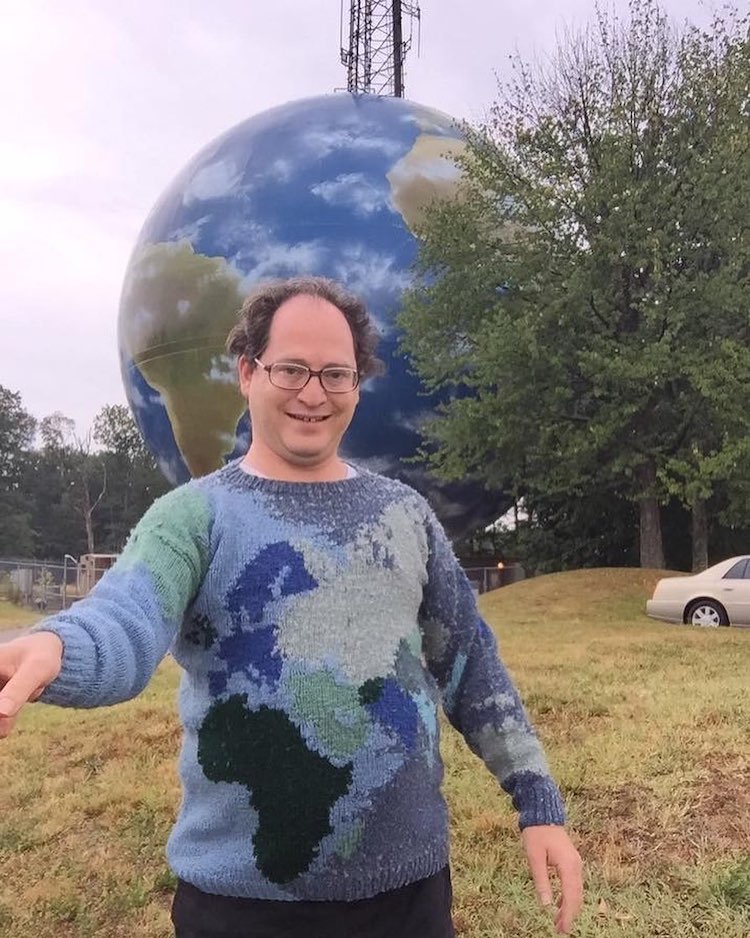 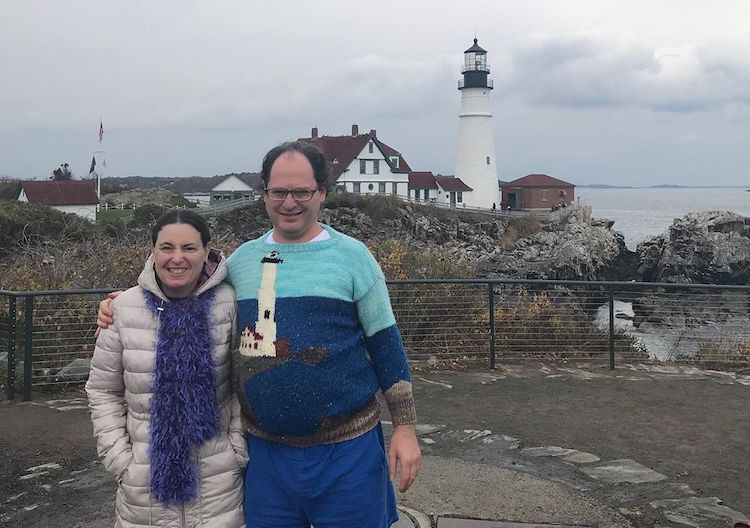 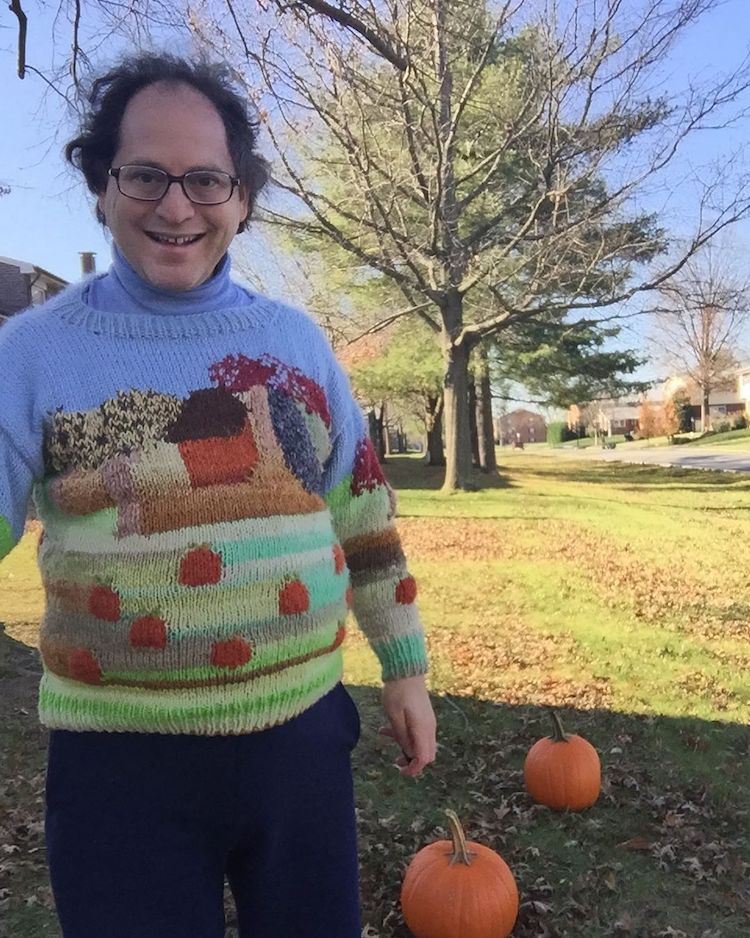 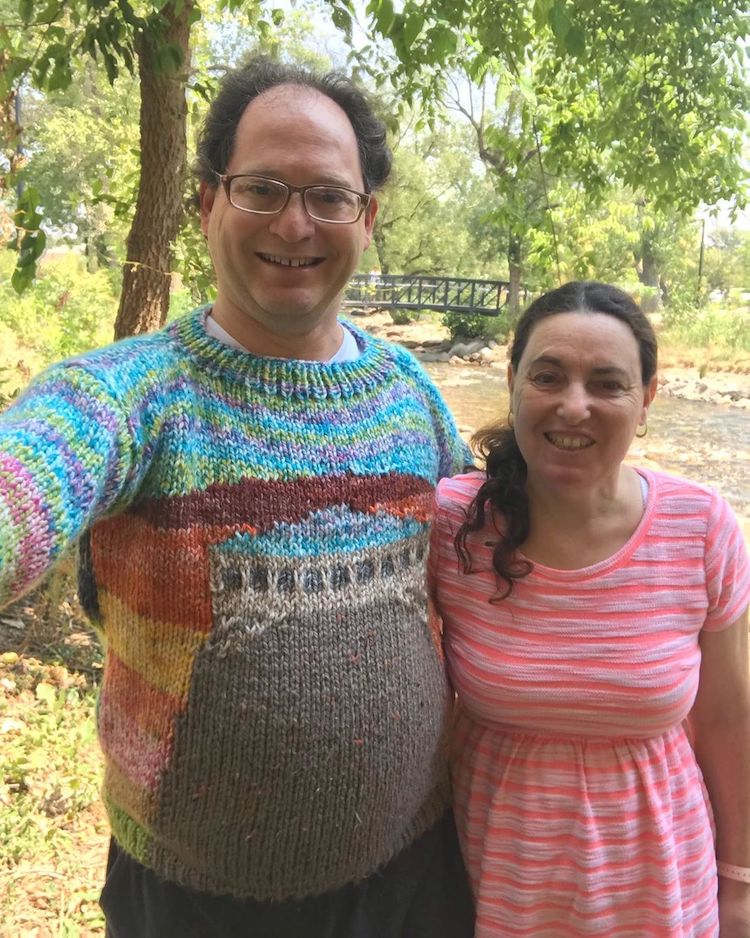