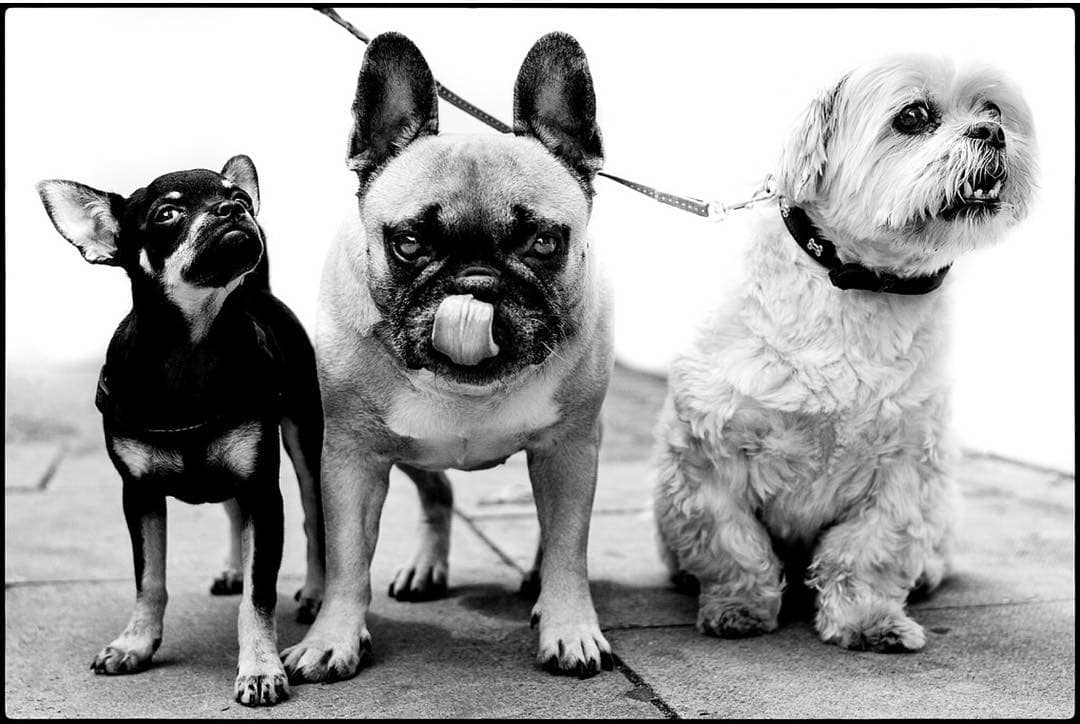 Last year we introduced you to London-based street photographer Alan Schaller, whose high contrast, black and white images capture “the realities and diversities of human life.” Previously, we covered an intimate series of his that showed the rarely photographed faces of Moroccan people. In his latest work, Schaller takes to the streets once more, but this time, his subjects are a little smaller and furrier. From tiny pups to bounding hounds, his growing collection of dog portraits capture the unique personalities of canine friends that he’s met around the world. “I find dogs are in general more consistently friendly, unpredictable, and amusing than humans,” says Schaller.

Part of Schaller’s process is to bond with the dog, by bending down to equal ground, where they can get familiar with him, as well as his camera gear. If the dog has an owner, Schaller first asks permission to photograph their pet, and from there he moves onto gaining the dog’s trust. “Almost every dog I have photographed, unless the scenario has been tragic, has made me laugh at some point when meeting it,” Schaller admits.

The photographer tries to avoid disturbing stray dogs who are often vulnerable, injured, or sick. However, in some countries most of the dogs he met were homeless—such as India, where there are approximately 30 million street dogs. One particular stray in Kerala bonded with Schaller straight away. “We ‘clicked’, and there was total mutual trust from the beginning,” he recalls. Starved of food and attention, Schaller couldn’t help but care for her during his week-long stay. Each day she would meet him outside his hotel and follow close behind him as he went about his day. “It was great getting to know her,” Schaller fondly remembers,“but she was quite painful to leave.”

Schaller hopes that this series will encourage viewers to support charities such as the UK’s RSPCA where you can adopt a dog or support their cause through donations. You can find more of Schaller’s photographs on Instagram. My Modern Met granted permission to use photos by Alan Schaller.

The post Dog Portraits Capture the Unique Personalities of Pups Around the World appeared first on My Modern Met.