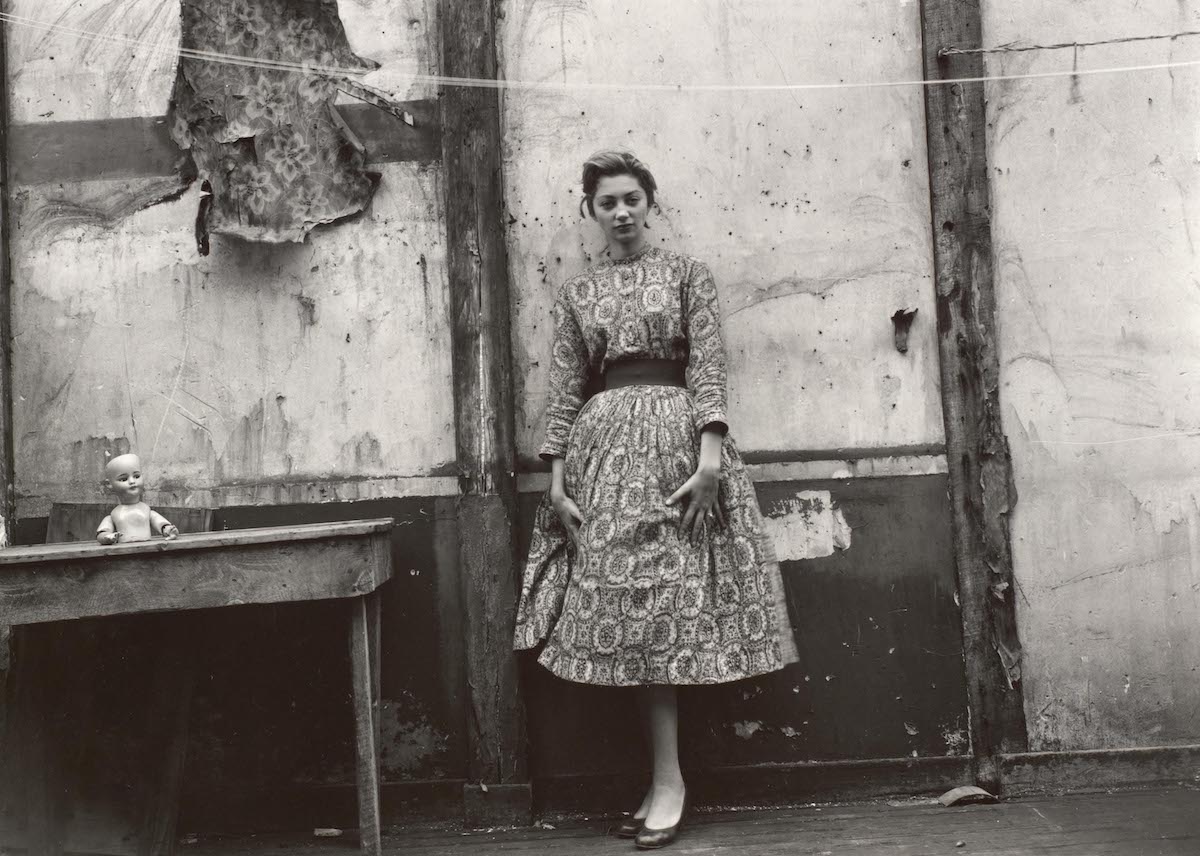 Best known for his provocative fashion photography, Guy Bourdin was a pioneer in the industry, working with Vogue, among other publications, from the mid-1950s until his untimely death in 1991. His campaigns for shoe designer Charles Jourdan, which he shot for almost 15 years, became a sensation for their surreal imagery. Mixing touches of his mentor Man Ray, Magritte, and Balthus, his shocking, slightly sinister and surreal photography made him one of the most well-known fashion photographers of the 20th century.

And while most of the world knows him for these colorful images, there was another side of Bourdin’s work, which, until now, remained largely unseen. Untouched, a new photography book published by Steidl, peels back the layers of Bourdin’s early black and white photography. Captured while roaming the streets of Paris in the early 1950s, Bourdin’s take on street photography is an incredible glimpse into the creative mind of a young artist on the brink of success.

For Bourdin, who discovered his love of photography while in the Air Force, his return to Paris after being stationed abroad was an opportunity to explore his newfound artistry. With over 200 black and white photographs published in Untouched, we see Bourdin testing his creative eye, playing with the shapes and surreal compositions that would later become his trademark. Whether accentuating the geometric form of a bathing costume or ironically positioning an elegantly dressed woman next to a butcher’s window, it’s clear to see Bourdin was pushing the envelope from the moment he picked up a camera.

Lovers of Bourdin’s work will be pleased to know that Untouched is just the first of eight volumes that Steidl will be publishing about the iconic photographer’s work. And with this first volume, viewers are brought along the early journey and development of the legendary late photographer.

Untouched is the first of eight volumes about Guy Bourdin’s photography. This first book explores his largely unseen black and white photographs taken in 1950s Paris. My Modern Met granted permission to use photos by Steidl.

Surreal Portraits of the Human Form Hiding Behind Reflections of Nature

10+ Photographers Who Have Elevated the Power of Fine Art Photography

The post Guy Bourdin’s Early Unpublished Photos from the Streets of 1950s Paris appeared first on My Modern Met.