I like to read a lot. Through the years, I have come to understand and memorize plenty of quotes. Only a few of them left a long-lasting mark on my life, just like those was found in a book called Good to Great written by Jim Collins. 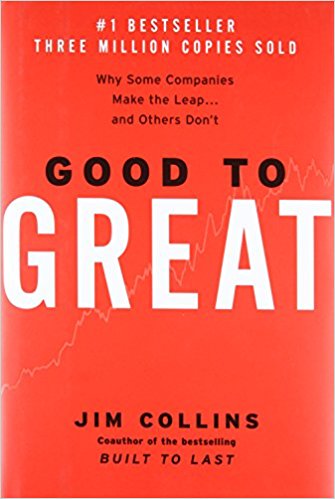 I have read that book 4 years ago and it was one of those books that changed my entire approach to life. This book showed me mistakes in my leadership style, like how I neglected the people I was leading and how badly I was dealing with some situations. It also showed me all the good stuff I was already doing which gave me a huge smile on my face.

In the book, there was one principle, or better yet, a paradox which got stuck in my head. That is the Stockdale Paradox.

Before I explain its meaning (which you will find very interesting), I will share some details about the guy who started it all- Jim Stockdale.

Jim Stockdale was an American pilot in the Vietnam war. He was captured and made into a POW. He spent 8 gruesome years in a war camp in Vietnam while being tortured almost daily. After he was able to escape, he explained how he survived and why both optimists and pessimists were the first ones to die in the camp.

“You must retain faith that you will prevail in the end, regardless of the difficulties. AND at the same time… You must confront the brutal facts of your current reality, whatever they might be.”

So, let’s now dissect this paradox and see what we can learn from it.

You must retain faith that you will prevail in the end, regardless of the difficulties.

This is the first part of the paradox and it covers the optimistic side of life. It says that in order to survive a hard period or any period in life, you need to have absolute faith that you will manage to conquer it. This goes to serve not only the people in war camps but also those who face any difficulties.

This part of unyielding faith can be applied to any part of your life. Whether it’s about a traumatic experience, losing a job, going broke or breaking up with someone, you need to have that strong faith.

“It too shall pass”.

This is a phrase you often hear someone tell you when you’re going through tough times. It means looking at what could be instead of what is.

Although it’s supposed to be good, it actually creates more problems.

With only the future in mind, what will happen with the present?

You must confront your current reality.

This is the pessimistic side of the paradox. It’s about being realistic.

You need to look at what’s happening in the present and assess it as it is.

To be honest, pessimists are way better in dealing with problems than optimists.

Pessimists see the current reality as it is while the optimists try to see what things can be.

That part is really important because you are going to your desired future, but you need a starting point. And that starting point needs to have a solid foundation which is your present reality.

Here, you can’t lie or deceive yourself out. You need to be brutal.

Let’s take an example to explain this.

Imagine you want to be the boxing heavyweight champion of the world. That is the first part which is the optimist part. We will call that POINT B.

Before you reach that point, you need to know where you currently are.

It can be a point where you can’t even do a southpaw the right way. Once you are able to acknowledge that, you can start working on it and become better. That is your starting point and let’s call it POINT A. ”

You need to meet them where they are”, the quote would say and the same thing applies to you.

Before you start earning a million dollars, start with earning a $100. Take it one step at a time.

This is what makes a difference and creates a paradox. You need to be optimistic about the future but at the same time be realistic (pessimistic) about the present.

I don’t care how smart or capable you think you are. You need both of those factors to succeed in life. Optimism takes you forward, gives you a vision and a better future to strive for but the pessimism grounds you in your current situation and makes you focus on what’s ahead.

This is how Jim Stockdale survived the war camp. He knew he is going to walk away free one day and that was his desired future. At the same time, he endured physical pain every day in the war camp and found a way to face that.

The world will conspire to gives us what we deserve when we implement the paradox in action. Some call it God while others call it destiny. For me, however, it is karma.

What about you? Where does the Stockdale paradox apply in your life?

The post The Stockdale Paradox: How to Successfully Deal With Life appeared first on Dumb Little Man.