One of the worst mass shootings in the United States is the Las Vegas shooting incident which has woken up everyone worldwide. Even I was deeply affected by the news as I read through what victims and the families of the dead have endured during the tragic event.

Because of what has happened, hundreds of people around the area and thousands of people all over the world probably have one thing in mind: How to survive a mass shooting?

To help spread awareness, we’re listing down the crucial steps which can help save lives if such incident happens. Here’s what you need to keep in mind.

This is your first priority. Do your best to escape and run away as far as you can from the shooter.

Make sure that you have identified the escape routes around the building or area you are in. While running, avoid any rooms or areas where you can hear gunfire.

If you do hear gunfire or panic ensure around you, do NOT freeze up or waste precious seconds trying to figure out what you should do next.

Go look for the escape route nearest to you. Take off anything that can slow you down, like your heels or your bag. Run in the opposite direction of those gunshots.

Do not bother trying to pack your belongings. They aren’t as important as your life!

Run to the Exit

When you run towards the exit, go straight ahead.

If you need to take cover from the shooter who’s blocking or following you to the exit, create a zigzag motion to make it harder for him to shoot you. If that’s not the case, simply run straight ahead and focus on your escape.

When you are running to the exit, it’s best to bring others around you or to encourage them to run with you. If they aren’t able to run, then drag them.

Just like saving yourself and looking for a way out, saving others should be a priority as well. Plus, it makes it harder for the shooter to target individuals when running as a group. 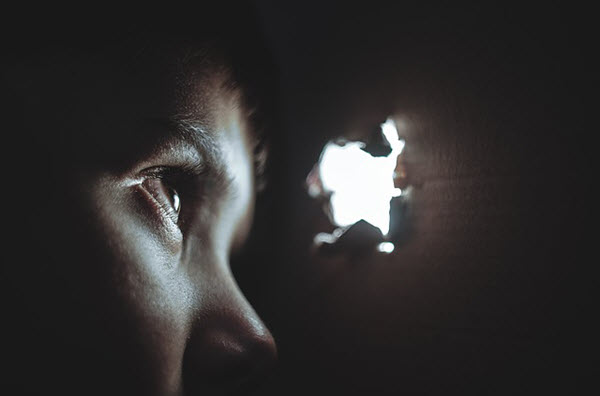 If you aren’t able to go to the nearest escape routes or if the shooter is around and the exit is blocked, then the next thing you should do is to hide in any room.

When you find an empty room to hide in, lock and barricade the door and try calling an emergency number while doing so. Get any weapon you can use to strike the attacker if he approaches you.

While you are finding cover, look for places that will be able to stop a bullet. Think of walls, thick trees or support beams.

For those in an office, hide behind a heavy desk or cabinet that would not restrict movement. Turn off whatever can make a noise, including your phone or watch. While hiding, stay cool and collected to avoid being noticed.

If you manage to get other people to run or hide beside you, then it helps to assign tasks to everyone. One can keep watch while others try to connect to the authorities.

And if everything else fails and you are unable to escape or find cover while the shooter is active, then play dead. If ever the shooter does catch you, you can attack.

Do NOT bother reasoning out and simply attack with whatever sharp or heavy object you can find. Commit yourself to it until the weapon is out of the shooter’s hands or he is injured.

And there you have it!

I hope that this article on how to survive a mass shooting helped you become more knowledgeable about what you need to do to keep yourself and others safe and alive.

All my thoughts and prayers are with the victims and families of the dead. Hopefully, we don’t get to read another news about mass shootings ever again.

The post How to Survive a Mass Shooting: 8 Actionable Tips from Experts appeared first on Dumb Little Man.