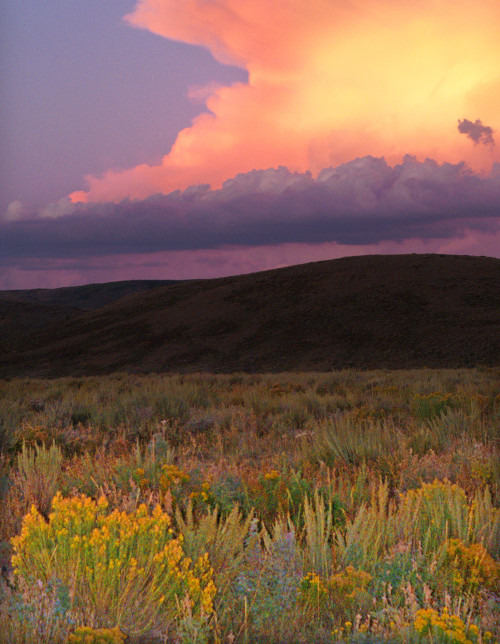 If you’re looking for wide open spaces and not many people, we might suggest a camping trip along the Blackfoot River in Idaho. The Bureau of Land Management maintains five campgrounds where rugged ridges and grassy hills slope down to the Blackfoot’s rushing waters. Opportunities abound for fishing, camping and non-motorized boating. Waterfowl hunting is permitted outside of the campgrounds in accordance with Idaho laws. We’re fans of the late summer sunsets, too. Photo by Jeff Cundick, Bureau of Land Management. 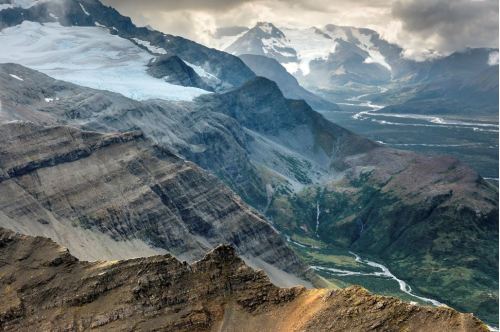 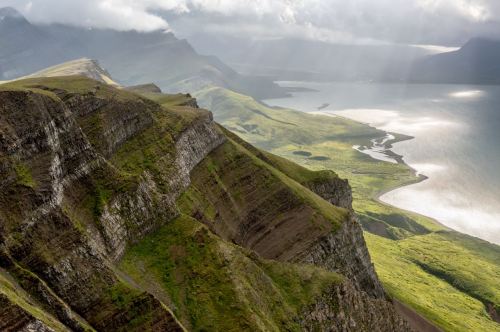 Soar over the Aleutian Range, and take in the incredible textures of Becharof National Wildlife Refuge in southwestern Alaska. Adjacent to Katmai National Park & Preserve, this wonderland nurtures one of Bristol Bay’s largest sockeye salmon runs, part of the foundation for the local economy. Some six million sockeye salmon run here annually, supporting a wide array of wildlife while contributing to ancient cycles. At a size difficult to comprehend, the refuge protects 1,157,000 acres and includes an active volcano, unusual geological features, historically significant landmarks, and a federally designated Wilderness. Photos by Jeff Jones, U.S. Fish and Wildlife Service. Lenticular clouds are stationary, saucer-shaped clouds that form when moist air is pushed over large obstructions. As the tallest mountain in the Cascade Range, Mount Rainier in Washington is a great place to see these unique cloud formations. If you don’t care about the clouds, you can still enjoy amazing recreation, wildlife watching and cultural history at Mount Rainier National Park. Photo by Jacklyn Fraizer (www.sharetheexperience.org) Don’t call it a bunny. This is a black-tailed jackrabbit at Hopper Mountain and Bitter Creek National Wildlife Refuges in California. Common across the western U.S., they’re known for their short black tails, powerful back legs and really long ears. This one does not look amused at your April Fools prank. Photo by U.S. Fish and Wildlife Service. As the sun nears the horizon of this huge, high-elevation valley at Great Sand Dunes National Park and Preserve, its intense light shines through soft atmospheric haze – shifting the color spectrum toward crimson. Early explorers were moved by this phenomenon and named this Colorado mountain range Sangre de Cristo, meaning the “Blood of Christ.” Visitors today are also inspired by the vibrant color and light in these mountains, which reach over 14,000 feet! Photo by Patrick Myers, National Park Service. It’s that time of year when baby bald eagles start hatching! 🐣 Once on the verge of extinction because of habitat destruction, illegal shooting and contamination of its food source, the bald eagle is thriving today thanks to conservation efforts. Bald eagles live near rivers, lakes, marshes – and on public lands across the country. They mate for life, and typically lay 1-3 eggs from February to mid-April. Both adults incubate the eggs, which hatch about 35 days later, and new chicks keep the parents busy until they can fly from the nest around 3 months old. This year, eaglets have been hatching at Channel Islands National Park in California, the National Arboretum in D.C. and Florida’s Arthur R. Marshall Loxahatchee National Wildlife Refuge (pictured here). Photo by Mark Cook, South Florida Water Management District. Land and sky collide as wispy clouds creep between rolling mountains along the Blue Ridge Parkway in North Carolina. The drifting clouds and forested peaks create layers of white and green, stretching out to the horizon. The parkway is only 469 miles long, but the views are endless. Photo courtesy of Joshua Moore. It’s Manatee Appreciation Day! These gentle giants can grow to over 14 feet in length and weigh over 3,000 pounds. Also, known as “sea cows,” manatees feed on seagrasses and other aquatic plants. Today, the total population is estimated to be at least 13,000 manatees, with more than 6,500 in the southeastern United States and Puerto Rico. When aerial surveys began in 1991, there were only an estimated 1,267 manatees in Florida. Check out more fun facts about manatees: https://on.doi.gov/2fpJzxv Photo from Crystal River National Wildlife Refuge Complex by U.S. Fish and Wildlife Service. On foggy mornings, an eerie calm falls over Sam D. Hamilton Noxubee National Wildlife Refuge in Mississippi. The water is still and the air is thick. With 48,000 acres of forests, fields and waters, the refuge is excellent habitat for eagles, alligators and the endangered red-cockaded woodpecker. Visitors enjoy fishing, hunting, hiking, and wildlife photography and observation. The refuge also serves as an outdoor classroom for Mississippi State University and other local educational institutions. Photo by U.S. Fish and Wildlife Service. We can’t get enough of the National Park of American Samoa. Like an emerald set in an ocean of aquamarine, this jewel of a park welcomes visitors to a world of sights, sounds and experiences unlike any other national park in the United States. You can celebrate Samoan culture, spot exotic birds, snorkel in clear ocean waters and hike up into the lush mountains for unforgettable views. And after all that, you can just lay on the perfect white sand beach. Photo by National Park Service.

Are there 300 million Gods? NASA Says About 300 Million Habitable Planets Could Exist in the Milky Way

NASA Says About 300 Million Habitable Planets Could Exist in the Milky Way Illustration of Kepler-186f, the first validated Earth-size planet to orbit a distant star in the habitable zone. (Photo: NASA Ames/JPL-Caltech/T. Pyle) Humans have long wondered if there were other planets like Earth where life could thrive. This age-old question began to resurface […]